Starting a car with a bad starter is one of the challenges faced by car owners over time. This makes it a common defect found at the vehicle repair store, although it has reduced recently. But how can you remove bad starter cars without connecting them to EV?

This reduction brought about the invention of electrically powered cars, which decreased the incidence of bad starting but not completely erasing it.

For this reason, it will be profitable to know at least how to jumpstart a car with a bad starter. Here’s a simple guideline on how to get it done.

Various Ways to Start a Car with a Bad Starter

1. Begin with Examining the Connections 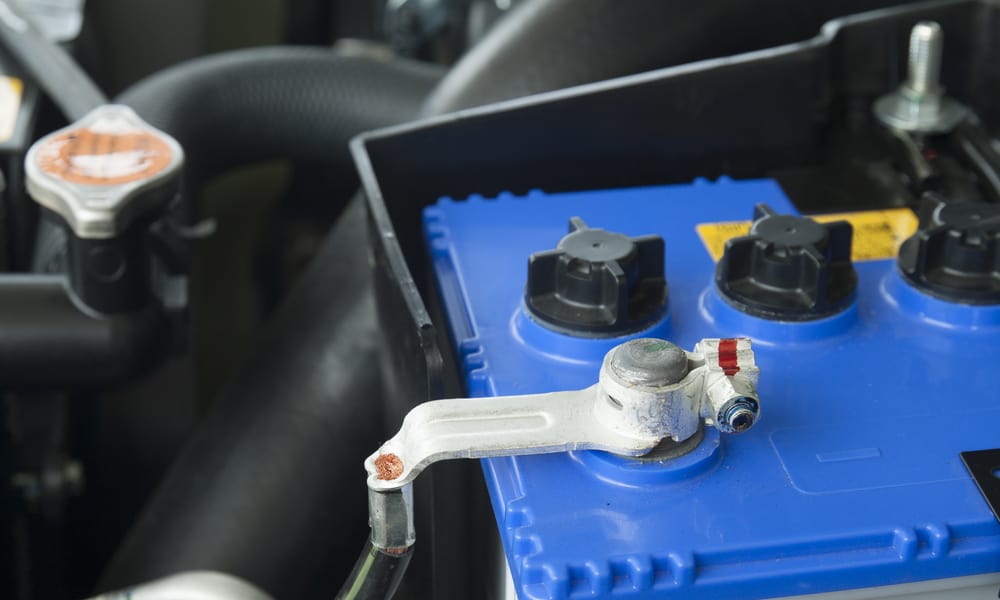 The first place to examine is the connections since electric current control the ignition. Ensure there are no loose connections in the starter and battery pathway because it is the leading cause of bad starting.

Once there is an unsecured connection in this starter-battery pathway, it entails that your starter lacks enough current to power the car.

If you notice it is loosed, fasten the terminals of the battery with a ratchet. In the case that the battery starter-connection looks good, examine the positive cable that connects the battery. This cable divides into two separate chords with one going to the alternator and the other to the starter.

Take the cable line and try to find out where the connection is slack. If, in the end, you don’t see anything, then you should try the bypass. Pass the positive cable over the link to the battery terminal directly for a jump start. Switch the ignition on. 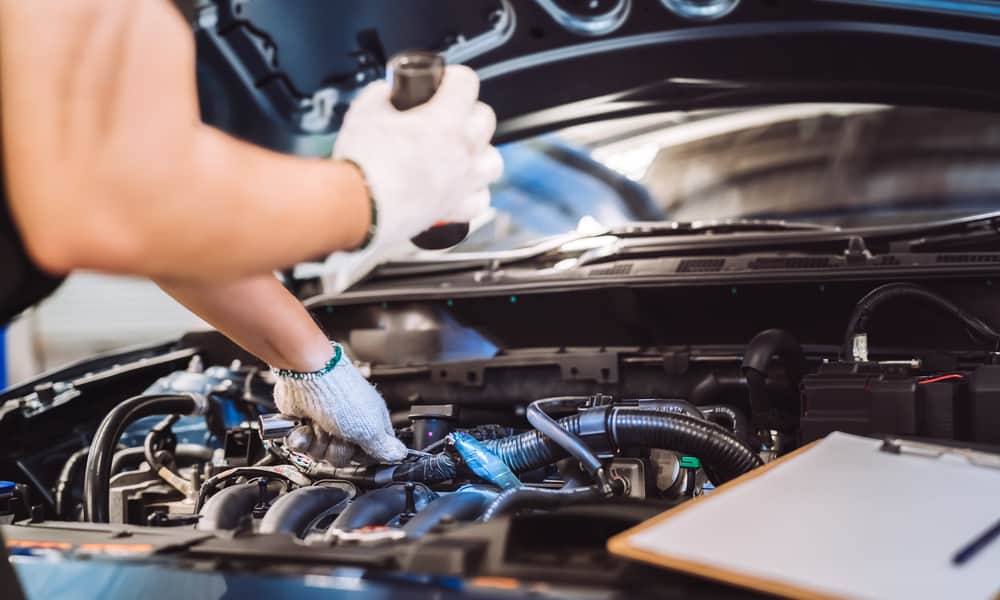 Any harm or spoilage that comes to the ground cables could result in the issue of sluggish starting. The reason is that the cable controls the reaching of the starter. The transmission cable and that of the engine requires prompt attention to sustain the optimal capacity.

Connect a jumper cable from the negative terminal through the structure of the taster to fix this problem. That’s if you’re so sure the ground connection is causing the bad starting.

3. Examine the Solenoid Cable of the Starter 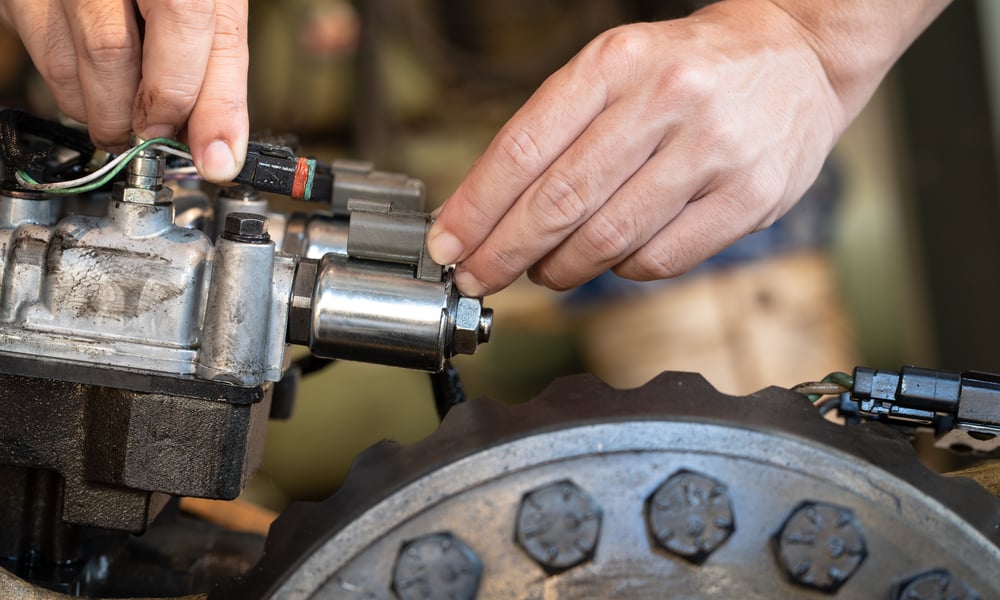 The solenoid is the sole reason why the starter connects with the ring gear of the transmission. Although it can also function on the positive and ground connections, a cranking sound means the solenoid is faulty.

If the starter seems uncontrollable when kicked, examine the solenoid for grime or rusting. Now, let reveal to you how to start a car with a bad starter solenoid, if this is the problem

Simply run a bypass cable over the solenoid cord of the starter. Connect a little 12V cable directly from the battery to the point of connection between the starter and solenoid. When cranking your engine, a click sound shows the attachment is accurate. 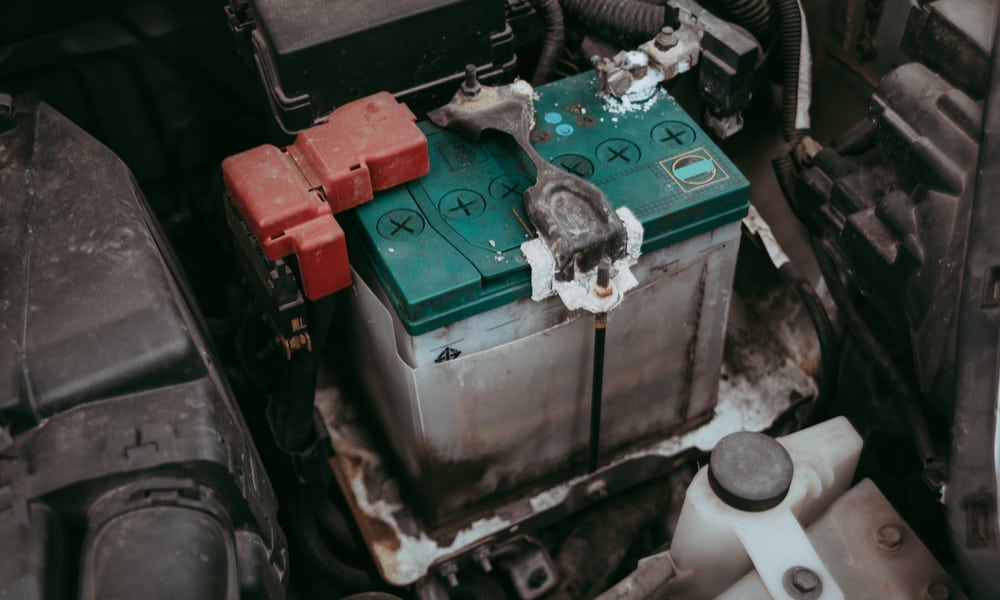 Cable failure might be as a result of corrosion, which is jeopardizing the conductivity of the engine electrically. That’s why it’s advisable to make sure that there are no drops of acid that will bring about corrosion. That means that preventive actions need to be prompt to be able to tackle the issue optimally.

Combine water and an equal measure of sodium bicarbonate in a little bowl and wash the terminal head with the mix. Clean for a small amount of time before rinsing out the terminals and connectors with pure hot water. In doing this, it means you should check around the engine box for any grime or corrosive deposit and wash it out too.

The solenoid connector, positive connecting cable, and the ground cable of the engine should all be examined and wiped.

5. Softly Thump the Starter with a Hammer 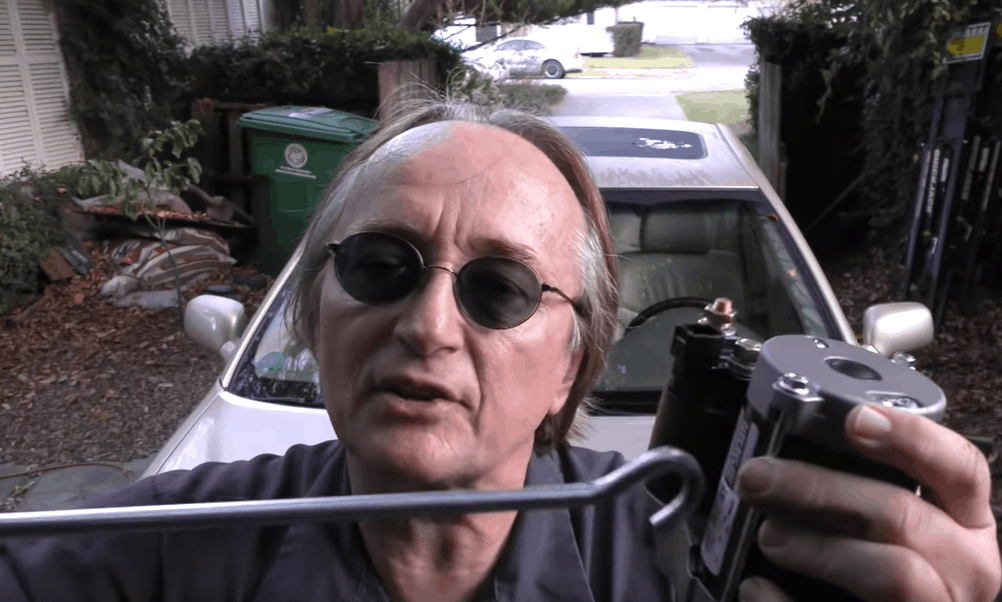 One of the vastly conventional methods of giving the starter a quick fix is to thump it softly with a hammer. It is recommended you do it while simultaneously cranking the car for it to work efficiently. Why this works is because the starters start developing inactive spots in between the field coils and amateur. So tapping it gives life to the armature to rotate and start functioning.

Although this ploy has worked over the years, new cars come with a transversal engine rather than the regular longitudinal engine. And that means the thumping trick won’t work because the starter is positioned in a place that is difficult to access. Well, if your car has this issue, try using a lighter tool.

Having a Jump start tool is great, but can you jump start a car with a bad starter. Probably Jumpstarting the vehicle might be the solution, although it’s temporal. Once you have a battery that is functioning optimally, it will provide enough amps to the starter for your car to start.

Just give it a try, who knows what might happen? With a jump starter or a durable battery, jumpstarting can activate the dead spots in the amateur and generate enough energy to rotate.

7. Push the Car to Start 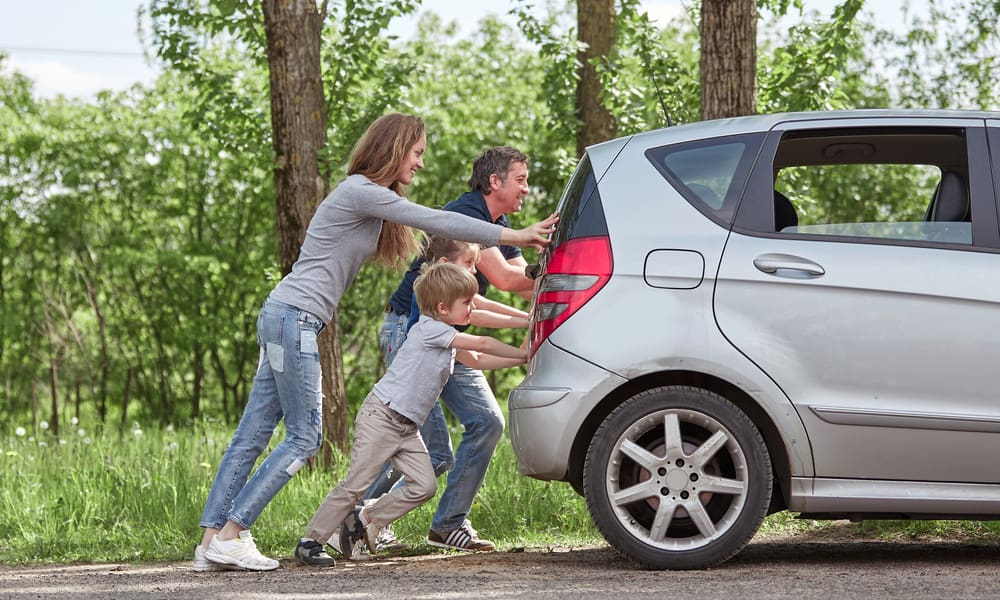 Another easy but productive traditional way of handling a car with a bad starter is push-starting. Push-starting functions even when the battery is flat and the starter is bad. However, push-starting only works in vehicles that have manual gearbox transmission; that’s the only limitation.

Position some able bodies behind the car to push forward while you’re inside it switching on the ignition. You should also put the car in a moving gear and tell the people to exact force on it at a speed of 10mph at least before letting the clutch go. At the release, the engine would catch power and start functioning. Repeat the procedure if the first fails.

8. Examine the Flywheel of the Engine 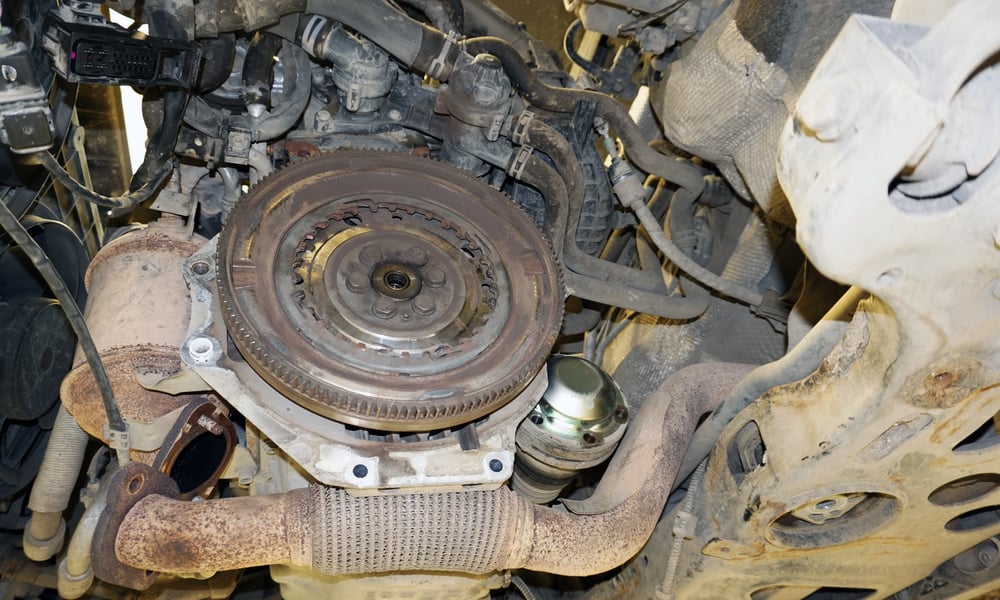 Have somebody spin the crankshaft for you by turning the crankshaft’s center bolt with a ratchet or breaker bar. You will find the crankshaft pulley at the underside of the front engine. This pulley spin controls many car components like the alternator and the steering pump. You’ll have to remove the wheel to get the center bolt of the pulley. 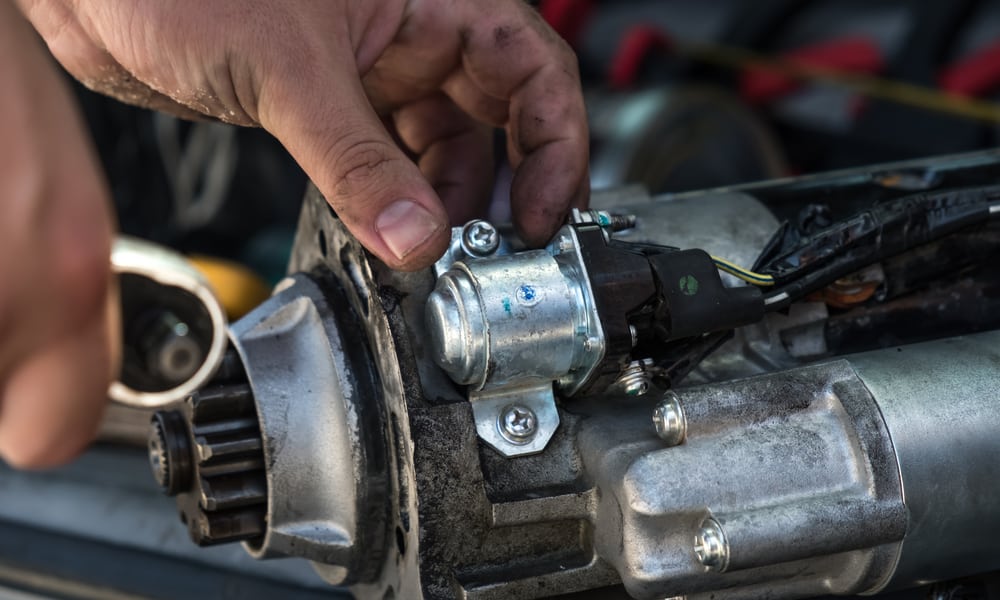 When you have examined the starter motor and made the necessary fixes, you should test run in an auto repair shop. Some of these shops do not charge any money anything for the test run. You’ll know the starter motor is old when it has certain features.

Features like an old and haggard shaft, amateur, and brushes, sluggish, or no cranking, the bad transmission of current all signify an aged starter motor. That’s why the test run is necessary as it will expose the current state of the starter motor to know if it requires replacement.

When your car has a bad starter, it might be as a result of poor battery maintenance or damaged electrical connections. Whichever it is, the guide above would go a long way to help you on how to start a car with a bad starter. With the tips here, you can surmount any of the car start challenges.