It’s completely normal for a car to vibrate when in motion. However, if your car does so when idle, it’s an indication of an underlying fault. A Car in motion shakes due to the rotational movement of the engine. So, car shakes when idle tend to startle car owners into thinking the engine is about to knockdown. Knowing the cause will obviously limit how often this happens. Hence, we’ve compiled enough information on the possible causes of this fault.

What Do We Mean By Car Shakes When Idle

It’s a completely different issue for your car to shake when driving to when idle. Most car owners think “being idle” means when the car isn’t turned on but that’s absurd. We say a car is in an idle state when you start the engine but don’t do anything else like putting it into gear.

When a car is in this state, it’s completely normal for some movement to occur, especially when the engine springs into work. However, if the car begins to jerk such that its motion causes your body to vibrate uncontrollably when sitting inside, this is when you have to look at a few parts and diagnose possible causes.

Why Does a Car Shake When Idle?

There are several reasons why cars vibrate when not in motion. Most times, it could be due to a misfiring engine. However, it could also be caused by one of the following. 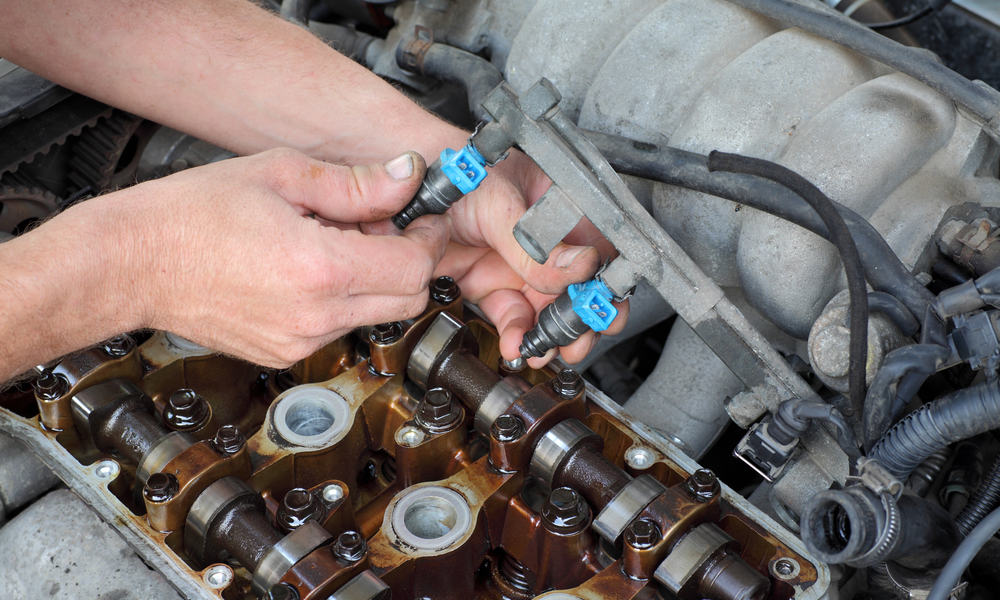 Over time, some components of the fuel system, particularly the fuel injector gets clogged by carbon deposit. This result in unequal amount of supply of fuel to the engine. When this occurs, your car engine begins to vibrate even when not in motion due to the continuous flow of fuel which interrupts the combustion chamber.

This phenomenon isn’t limited to cars alone. Generators also tend to vibrate when these happen. Luckily, a clogged car injector can be cleaned, but in bad cases, it should be replaced. Naturally, this can be prevented if your car comes with a built-in fuel injector cleaner. However, it’s recommended you have a throttle body cleaner installed if that doesn’t exist.

The fuel injector isn’t the only part of the car that might get clogged from frequent use. Dirt and carbon deposits may prevent a plug from firing properly. This results in the engine misfiring, which results in forced motion when the car is idle. Sometimes, a clogged spark might also prevent a device from starting up.

Unless you’ve just cleaned or installed a new one, you might want to take a look at the plug when the car shakes happen. Plug sparks are easy to remove and can be cleaned with petroleum. However, precautions must be taken when choosing a plug replacement for your car. Most times, the best plug for your car isn’t the one your friend raves about. You want to take a look at the usage manual for the exact specs of the one that goes with your car.

A timing belt if faulty in any way might cause the car to vibrate effortlessly. This is a sign that should be taken seriously as it signifies impending belt failure. A timing belt issue ought to be rectified once the symptoms arise as it might cause huge damages to the car engine if the belt suddenly breaks.

Replacing timing belts don’t come cheap as the water pumps will be replaced as well. However, failure to do this at the right time might incur heavy expenses in the long run. 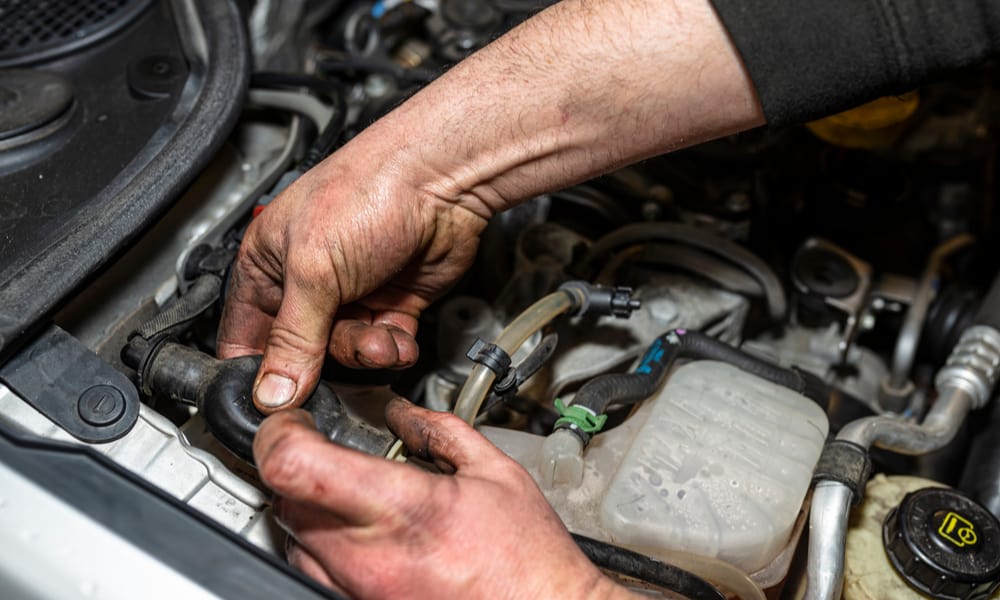 Hardly given enough attention but happens more often than we think. A vacuum hose might snap up when a car is in motion causing the engine to vibrate even when the vehicle stalls. A cracked hose might also produce the same effect, although only when the car is in motion.

So, it’s advised you inspect the engine and secure the hose back when it comes off. However, if the hose feels loosed or crack, you might need to find a replacement to prevent forced vibration from reoccurring.

A bad fuel filter should be replaced. You might be tempted to clean it yourself but since it’s located close to the fuel tank makes a case for professional help. However, if you have experience in fixing automobiles, replacing this shouldn’t be a hard one for you.

If you’re able to do so, this guide shows you how to clean a fuel filter.

Normally, a fault to the transmission mount will cause a car to shake uncontrollably. This is because this is the part holding the engine in place and could also cause other parts to malfunction. It’s often difficult to know when the transmission mount is broken, but one trick that tends to work is to set the car to neutral to see if the vibration reduces.

Cases of faulty transmission mounts should be reported to a professional, attempting to fix it yourself may result in further damages.

A car can vibrate while driving but remain calm when it’s idle and vice versa. If you have no experience in fixing a car, we recommend, you take your car out for repair when this happens or invite a professional to come look it up as soon as the signs become too hard to ignore.

If you know any possible causes of car shakes when idle not mentioned, we would like to hear your thoughts in the comment section below.