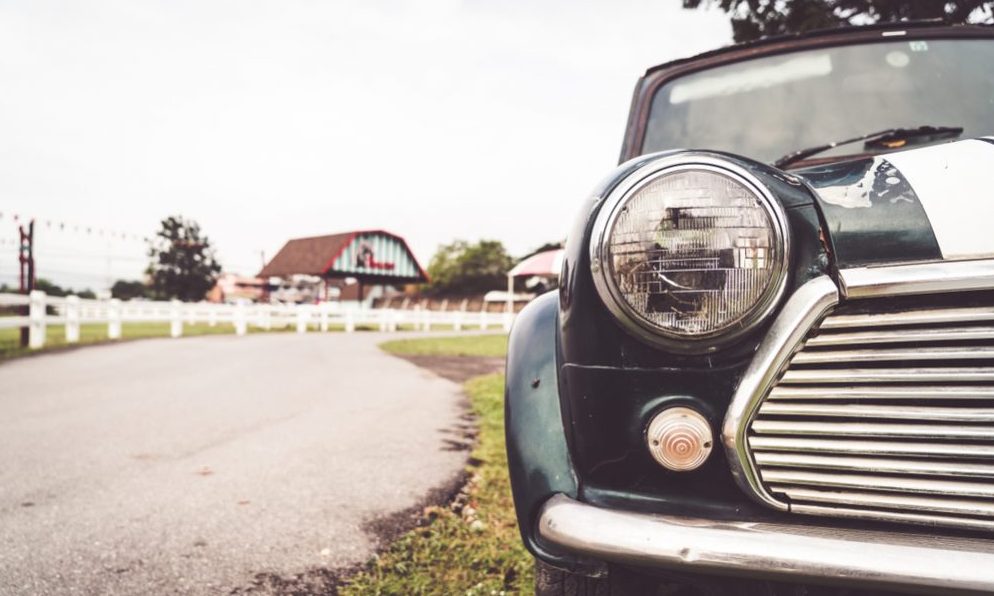 The bill requires auto manufacturers to provide bumper quality information to buyers at the point of sale.
One of the most frequently replaced and repaired automobile parts is the bumper. Because a bumper is designed to protect other parts of a car (including safety systems such as steering, brakes and lights), it is almost always struck during front and rear-end crashes, the two most common forms of auto collisions. The term “fender-bender” has come to mean a low-speed crash only involving bumpers, a frequent occurrence on today’s congested roadways.

Stronger bumpers hold up better in crashes and need replacement less often. This saves consumers money both on replacement bumpers and insurance costs. Although heavier bumpers tend to be stronger, there is not a direct correlation between weight and strength. Some lighter-weight bumpers have held up much better in tests than comparable bumpers which are heavier. 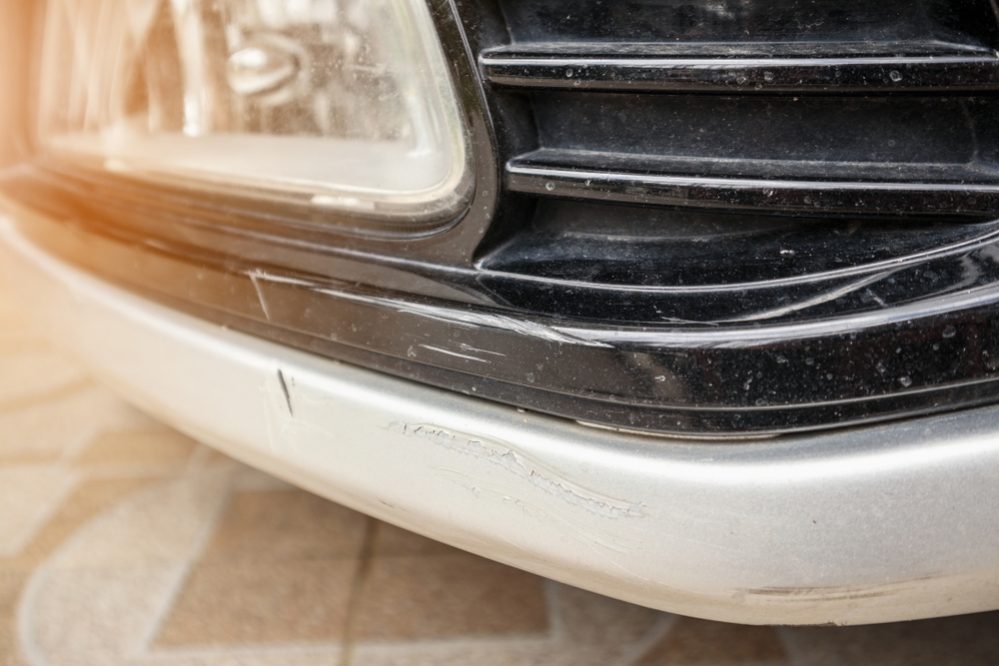 In portions of two major pieces of federal legislation — the National Traffic and Motor Vehicle Safety Act of 1966 and the Motor Vehicle Information and Cost Savings Act of 1972 — the U.S. Congress acted to protect consumers and provide information to new car buyers about crash-worthiness and repairability of cars sold in the U.S.

Acting under this direction from Congress, in 1973 the National Highway Traffic Safety Administration (NHTSA) issued the first bumper standards for automobiles sold in the U.S. The standard required automobiles to be capable of sustaining a 5 mile-per-hour (MPH) frontal crash and a 2.5 MPH rear crash without damage to safety systems. In 1974, the standard for rear crashes was raised to 5 MPH. Phase I of the standard was first applied to model 1979 vehicles. In Phase II, beginning with 1980 models, the bumper itself could sustain only superficial damage in a 5 MPH crash.

In response to pressure from auto makers, NHTSA revised the rules in 1982, lowering the protection standard to 2.5 MPH on both front and rear bumpers, and dropped the Phase II requirement altogether. At that time, NHTSA said it would conduct research and testing to provide consumers with accurate information on the quality of new car bumpers. NHTSA has not fulfilled this commitment. Consumers Union, a national consumer organization, filed a petition with the agency in 1986, requesting the restoration of the Phase II standard and disclosure of bumper strength information to protect consumer interests. In 1990, NHTSA rejected that petition. 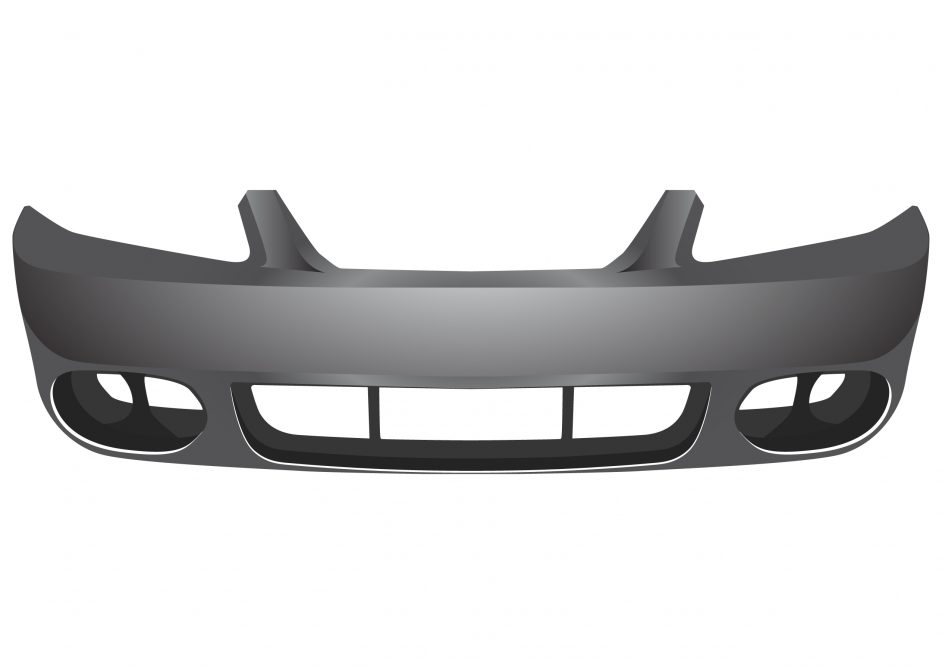 While the American love affair with the automobile continues, consumers have a different attitude then they once did about quality, safety and the cost of vehicle ownership. A recent survey of new car dealers by the Insurance Institute for Highway Safety found that car buyers are most concerned about quality and safety, even more than price.

On bumpers specifically, a recent Roper poll commissioned by the Insurance Research Council found that seven out of ten Americans think car bumpers are too weak and that car manufacturers should include information about bumper strength on window stickers in new car showrooms. Of the 70 percent who said bumpers were too weak, half said the standard should be raised back to 5 MPH and the other half agreed the standard should be even higher, perhaps as high as 8 MPH. 72 percent felt car makers should be required to provide bumper strength information on all new cars.

With the federal government unwilling to carry out its mandate, consumers have begun to press the issue at the state level. California, Hawaii and New York currently have bumpers disclosure laws, and several states plan introduction of bumper bills in the future. A model bill — the Consumer Bumper Quality Disclosure Bill — was written by Advocates for Highway and Auto Safety to provide states with an easy and effective means of introducing similar legislation.

What the Bill Does 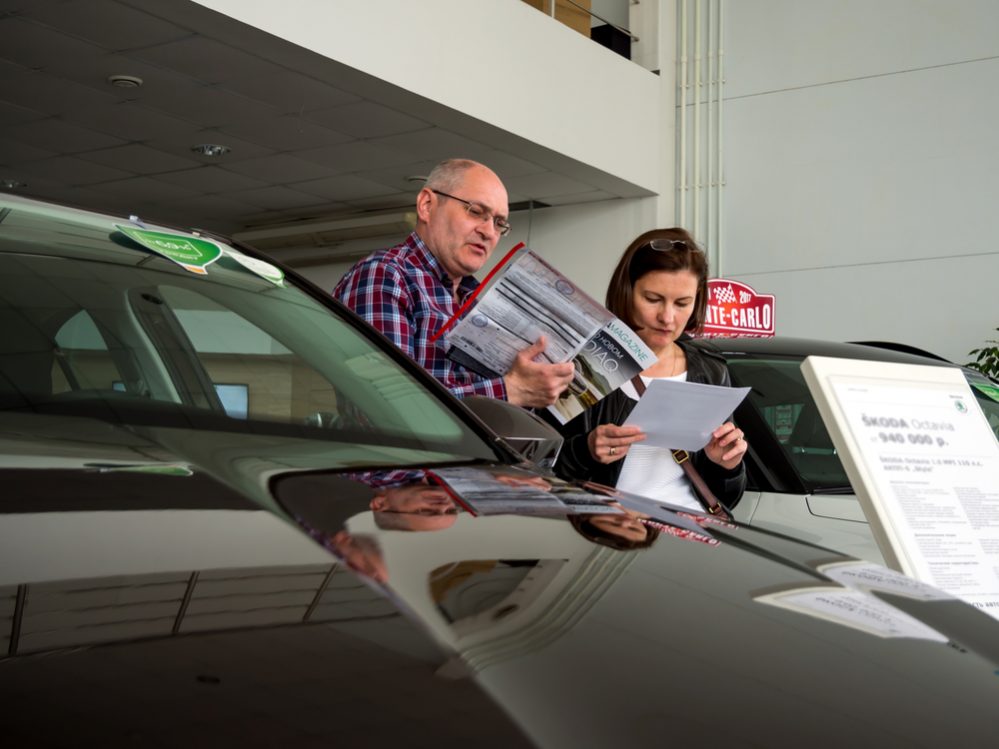 In the model bill, the suggested language for the sticker is as follows:

This vehicle is equipped with front and rear bumpers that can withstand an impact of ___ miles per hour with no damage to the vehicle or the bumpers. The stronger the bumper, the less likely the car will need repair due to low-speed crashes.

The language in the model bill was designed to be simple and straight forward. The MPH rating, which the manufacturer fills in for each model, must accurately represent the speed of impact that the vehicle’s bumpers can withstand no damage to the vehicle or its bumpers. The current federal minimum standard, 2.5 MPH, protects all vehicle components from damage except the bumper. The bill defines the appropriate tests, references federal standards, and suggests fines for violations.

What the Bill Does Not Do

The model bill does not require manufacturers to produce stronger bumpers. It is expected that consumers, armed with this additional information, will vote with their pocketbooks and show greater preference for models with stronger bumpers, thereby encouraging the auto makers to voluntarily increase the strength of all bumpers on all models.

The bill does not impose any requirements whatsoever on automobile dealers.

Costs Savings to the Public 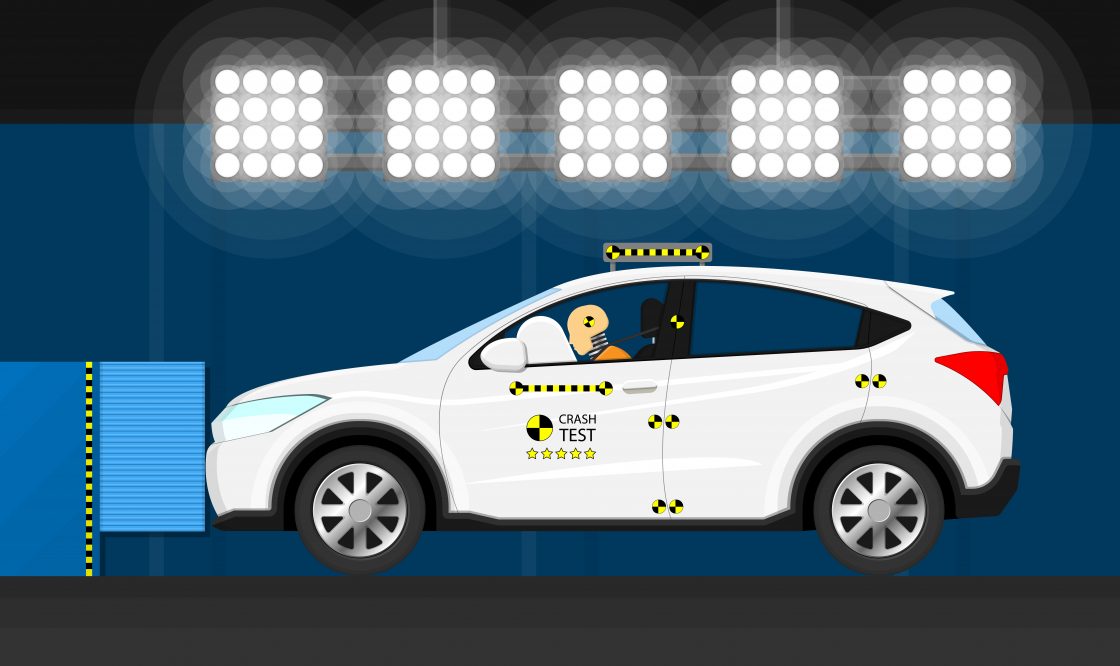 Savings to consumers under this bill are twofold: repairs and insurance costs. Many consumers have raised their collision deductible limits, making themselves virtually self-insured on small repairs, so they often end up paying for bumper repairs or replacement out of their own pocket.

In a 1990 study by the Insurance Institute for Highway Safety, four crash tests were performed on three different models of the popular Plymouth Horizon. The total damage for all four tests was as follows (1990 labor rates and parts prices):

Obviously, repair and replacement costs skyrocket with weaker bumpers. But consumers pay in other ways, too. Because replacement auto parts can cost up to three times the expense of original parts, insurance claims can quickly mount. Insurance rates are based on the expected performance of a specific model, based on the industry’s history with that model. Therefore, models with high repair histories cost more to insure. In addition, the cost of an individual policy can increase based on the number of claims submitted.

The best way for consumers to avoid high repair and insurance costs is to select a safe, crash-worthy vehicle. This can only be accomplished if consumers have all the information they need to make an informed decision. State passage of the Consumer Bumper Quality Disclosure Bill is the first step to providing citizens with this key information on a major purchasing decision. 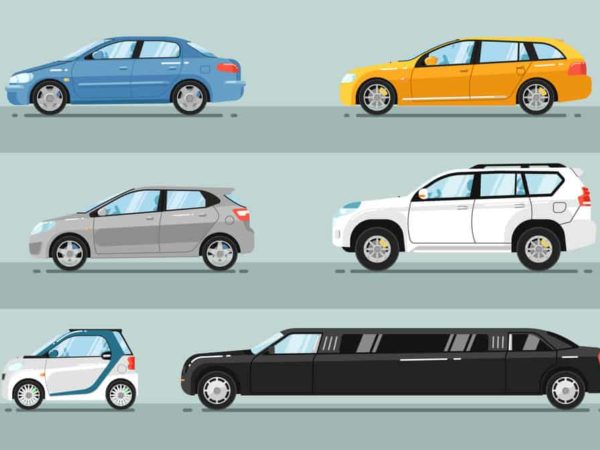 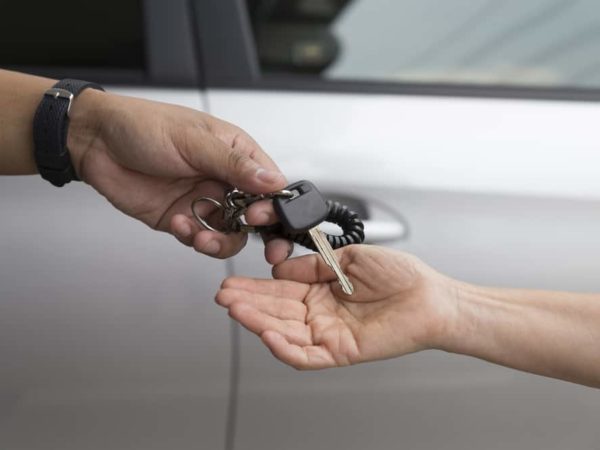 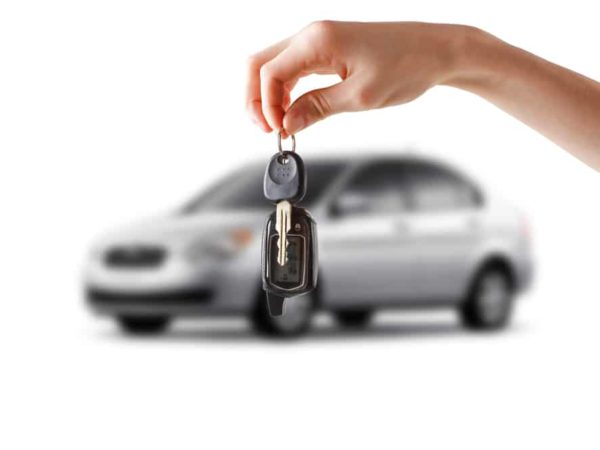 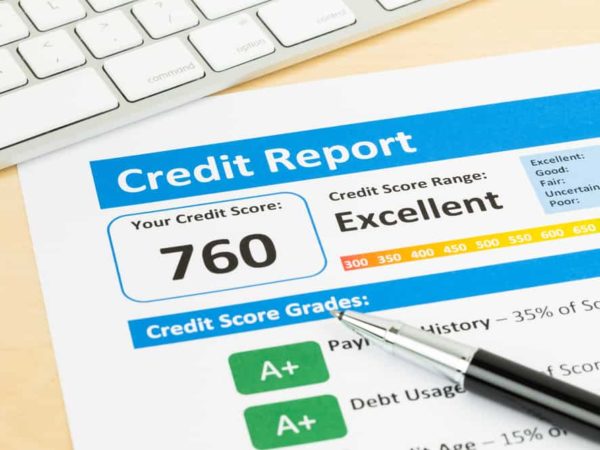 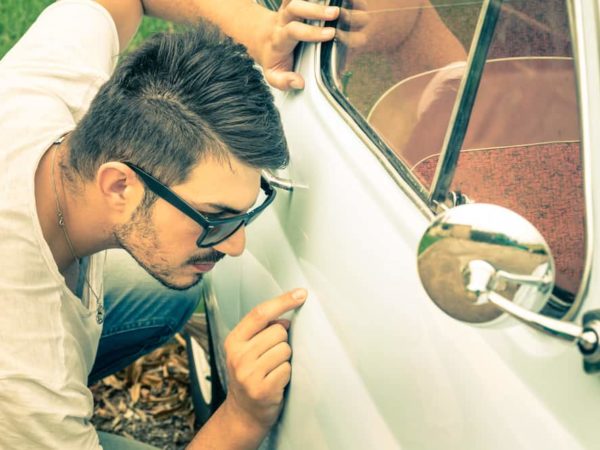 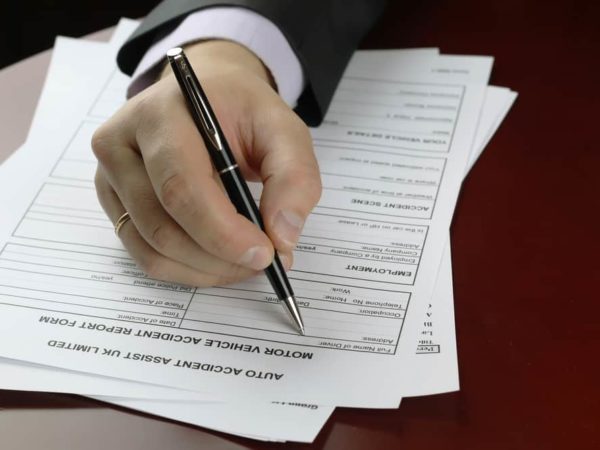