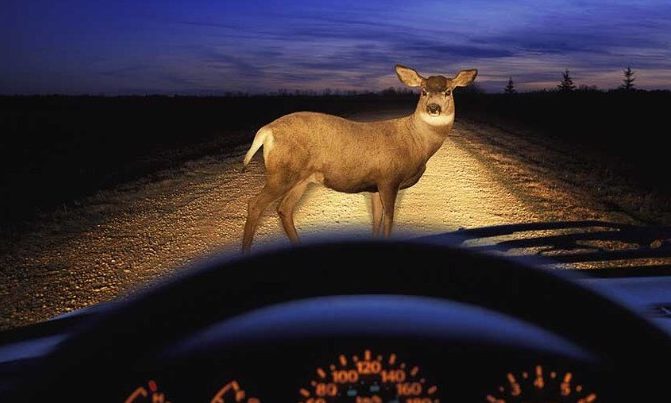 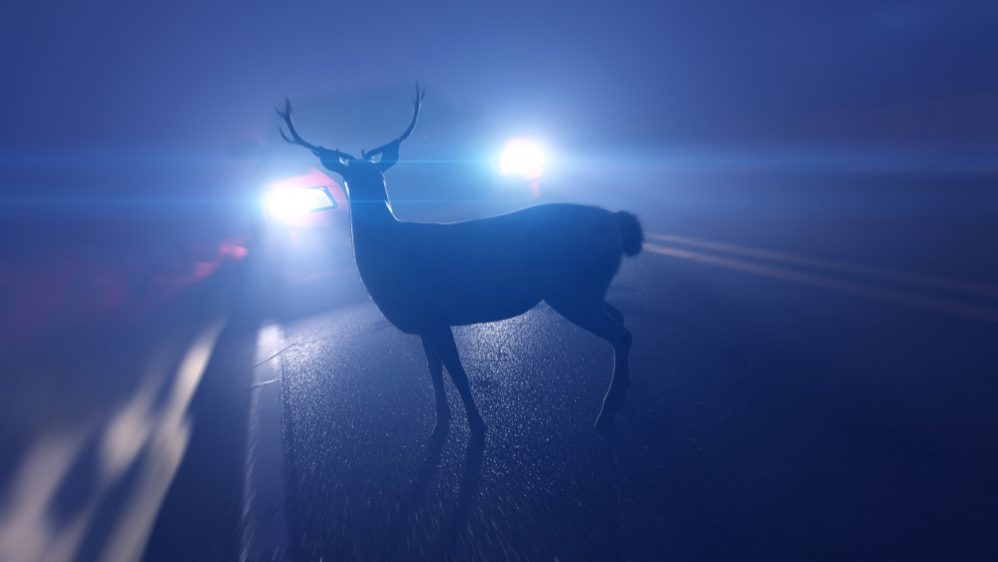 If your vehicle strikes a deer, do not touch the animal. The frightened animal, in attempting to move, could hurt you or itself. The best procedure is to get your car off the road, if possible, and call the police. When you get home, contact your insurance agent or company representative and report the incident. Collision with an animal is normally covered under the comprehensive portion of your auto insurance policy. 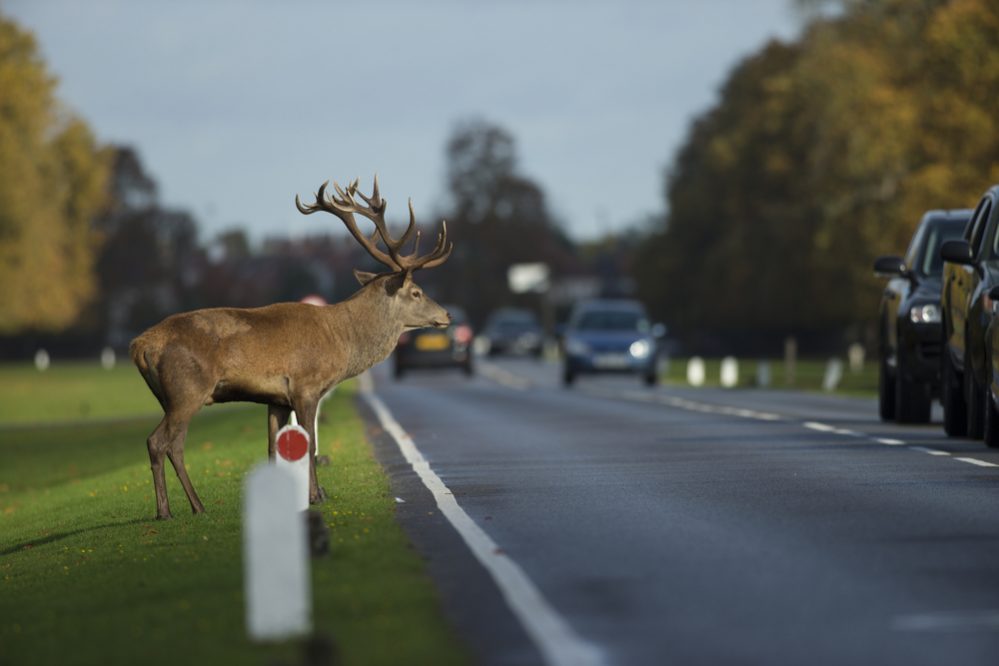 The Hornet is a precision-tuned sonic generator which produces a high-pitched, directional sonic wave. When this wave is reflected from the road surface of a moving vehicle, a virtual sonic echo effect is produced. This sonic wave has proven its ability to alert deer and most other animals to approaching vehicles with sufficient warning to avoid costly accidents.”

What can you do to avoid hitting an animal? 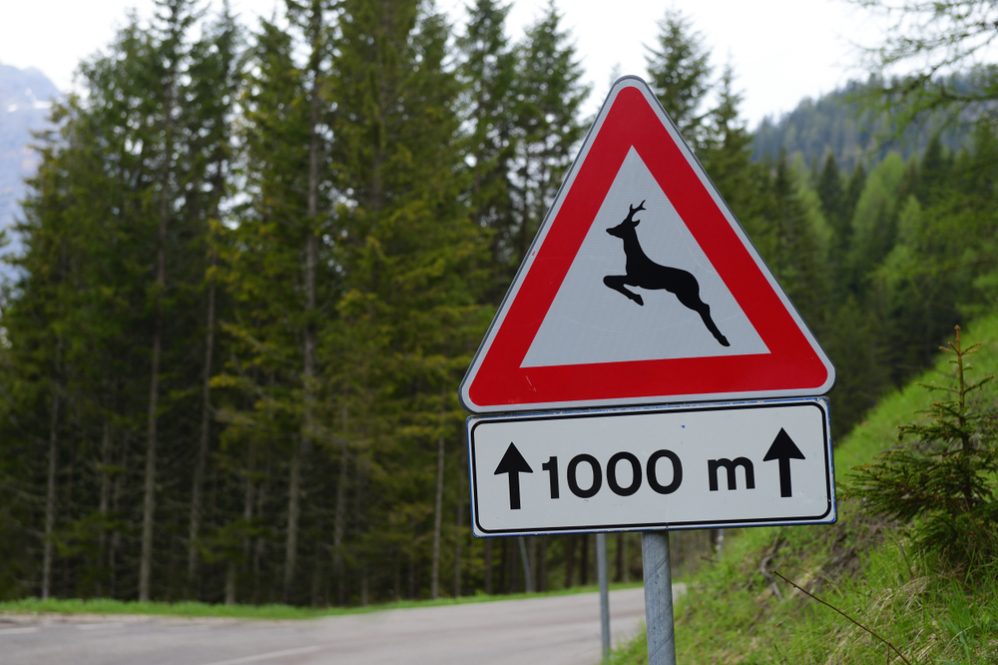 Collisions with animals, particularly deer, represent more than four percent of all crashes in the United States and killed 111 people in 1995 according to data from the National Highway Traffic Safety Administration’s Fatal Accident Reporting System (FARS), so the Foundation decided to look into this issue further. An analysis of state data from Alabama showed that the most dangerous times of day for deer-related crashes are in the early evening and early morning — the most active time for deer. The most dangerous time of year is during the mating season, in November and December. While FARS reported 275,000 collisions with animals in 1995, the Insurance Information Institute, a New York based group that looks into various insurance-related issues, estimates that there are 500,000 collisions each year with deer alone, each costing the insurance industry approximately $2,000 per claim. According to the I.I.I., the deer population has swelled from approximately 10 million in the 1980s to more than 20 million today.

So, what can you do to avoid hitting an animal yourself? First, pay attention to animal crossing signs. They’re probably there because other motorists have had crashes in the area. Also, obey the speed limit and keep a close watch for deer around dusk and at dawn. Don’t over-drive your headlights at night — i.e., control your speed so that you will have time to react to something when it appears in your headlights. If you see a deer in the road, honk your horn — flashing your lights might cause the animal to further fixate on your vehicle. Keep in mind that if you think you are going to hit the animal, it’s often better to brake than to swerve. Swerving can confuse the animal as to which way to run and possibly result in a worse collision with a fixed object such as a tree or an oncoming vehicle.

Research compiled by the AAA Foundation for Traffic Safety, 1996