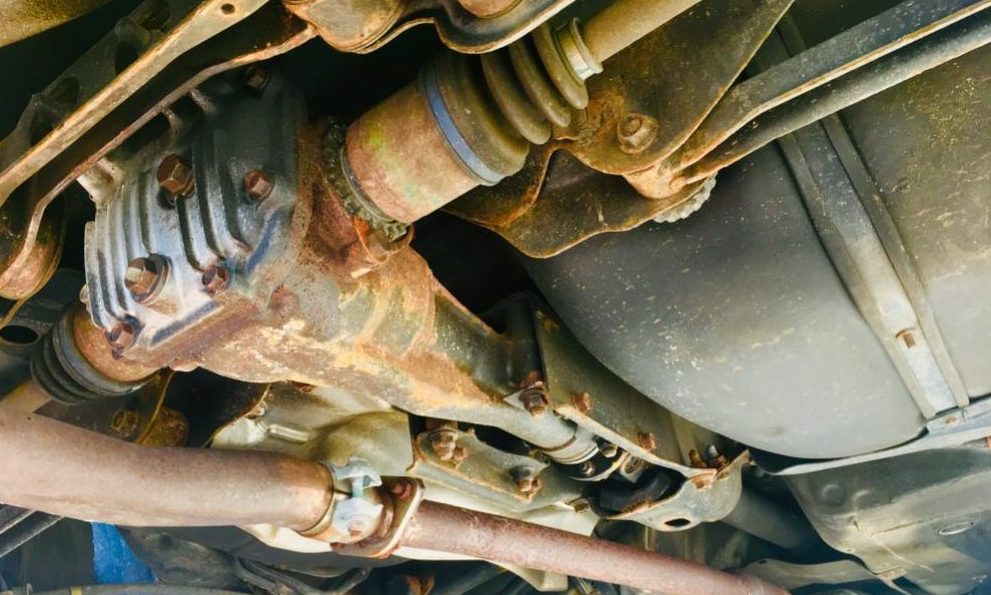 Many people never think about the drivetrain in their vehicles. However, the differences between various drivetrains can have a significant impact on how the car drives.

Moreover, that can also have an impact on how the car is packaged, how it handles various weather conditions, and how easy it is to maintain.

For those reasons, it’s crucial to know the variations before you buy a new car. Here are the four drivetrain types found in modern vehicles and their advantages and disadvantages.

Why the Drivetrain Matters

Our world is not a uniform place. Some people live on plane surfaces; others live in mountainous regions. Humanity is so widespread that millions of people live near deserts, or in constant wintry conditions.

For those reasons, there is a variety of vehicles designed for different conditions. For example, I live in Europe and let me tell you – you can’t drive an American car here. Well, in most of the cities, anyway.

There is a reason why Italian and French people drive only small cars. In most cities in those countries, there is no space for large American trucks, SUVs, or sedans.

And, drivetrains play a significant role in how a car is packaged. Front-wheel-drive vehicles, for example, are usually more compact, which makes them more usable for urban driving.

Furthermore, not every driver asks the same from his/her vehicle. Some want a reliable means of transportation; others care for performance.

To cater to the needs of every type of driver, and every inhabitant on Earth, car manufacturers use four drivetrain types. Let’s see which are they. 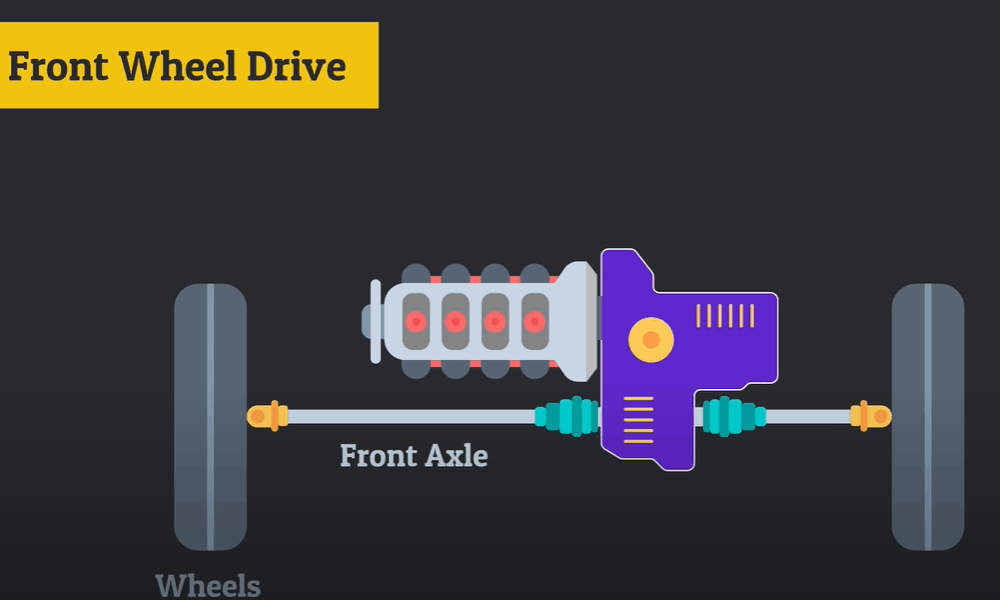 Car engineers thought of front-wheel-drive cars at the start of the 20th century. However, it was the French company, Citroën, that first started using the configuration in its Traction Avant model. Later, Citroën further popularized the drivetrain with the mainstream 2CV.

Advantages of the FWD System

The idea behind the drivetrain was great. The engine, transmission, and differential were all under the front bonnet, which left more space for passengers and cargo. Because of that, most cars on the road today have a front-wheel-drive and front-engine configuration.

So, if you want a car that will have ample space inside, then you should go for a front-wheel-drive model. Moreover, FWD vehicles are also lighter than RWD or AWD counterparts, which positively impacts fuel economy.

However, the weight of the engine, transmission, and drivetrain is concentrated on the front axle, which impacts the dynamics. Fortunately, for comfortable everyday driving, FWD vehicles seem to be the best option.

Thanks to the added weight on the driven wheels, these vehicles have better traction at lower speeds. That’s especially true in slippery surfaces, such as wet pavement, snow, slush, and ice. With good tires, it’s difficult to get stuck with an FWD car.

Disadvantages of the FWD System

There are some problems with the FWD approach, though. First, during hard acceleration runs on more powerful cars, the vehicle squats at the rear end. When this happens, the weight of the engine moves to the rear, and the front tires will start to lose traction.

Also, apart from putting the power to the ground, the front wheels need to steer the vehicle. For that reason, an FWD vehicle might behave erratically in the corners.

For example, if you apply too much power while cornering, the wheels will start slipping, and the car will begin to understeer. This is a big issue for powerful front-wheel-drive cars, which often can’t put the power to the ground properly during cornering.

Now, this issue isn’t very prominent on family cars that have up to 200 horsepower. Anything more than that, though, and you might experience loss of traction. Furthermore, the weight distribution of the car is far from ideal, which hurts handling.

For those reasons, you won’t see many sports cars with a front-engine and front-wheel-drive configuration. Sure, some manufacturers produce excellent FWD sports cars (Honda Civic Type R), but it requires some smart engineering to do that.

On top of that, FWD cars have cramped engine compartments, which makes it harder to work on them. Finally, due to the added weight on the front wheels, the tires and suspension might wear faster. 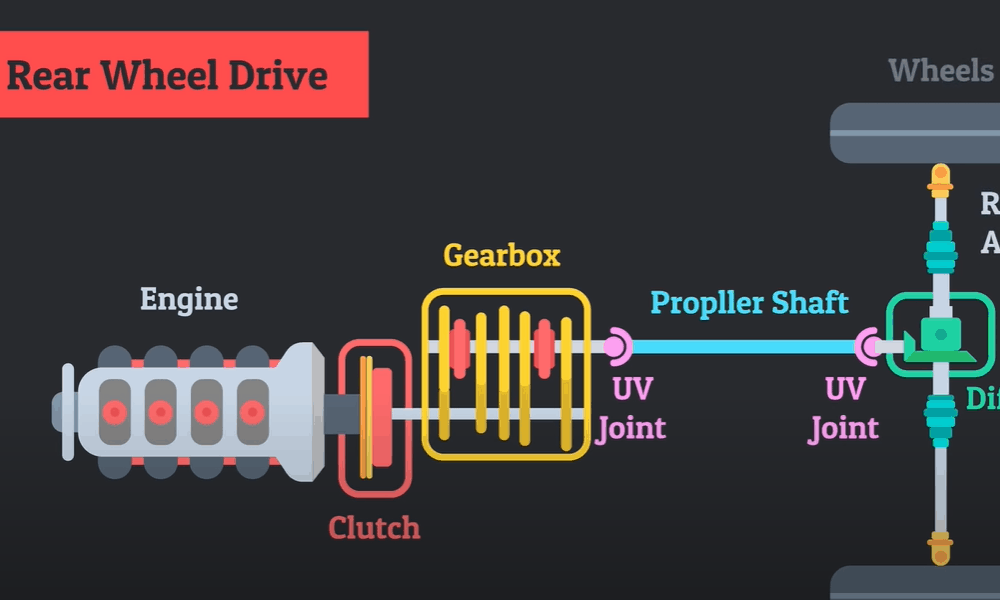 The front-engine rear-wheel-drive configuration has been the go-to option since the inception of the car in the 19th century. The main reason? The engineers could use the length of the vehicle to place the components.

Advantages of the RWD System

This arrangement is straightforward, yet very effective, especially in terms of performance. Thanks to the positioning of the components, the weight distribution of the car is much better.

On some vehicles, the transmission and differential are positioned at the back, which creates a perfect 50:50 weight distribution. This aids handling and stability on twisty roads.

Moreover, by sending the power to the back, the front wheels only need to do one job – steering. For that reason, you can drive a rear-wheel-drive car more aggressively through the corners.

Because of that, this drivetrain is used in sports cars, sports sedans, and powerful and large luxury vehicles. A rear-wheel-drive car will simply handle and accelerate better.

Another significant advantage of these vehicles is the ample space under the hood – you can reach every corner of the engine easily. Also, RWD cars usually put less stress on the front tires.

Nonetheless, RWD cars have some glaring disadvantages, which are big reasons why manufacturers stray away from the drivetrain.

The most significant one is the packaging. RWD cars have much less space inside. The trunk is smaller due to the differential (and transmission) in the back. Also, the transmission and driveshaft tunnel eats cabin space, especially for the passenger in the middle back seat.

Furthermore, due to less weight on the rear wheels, RWD vehicles lack traction on wet surfaces, such as wet pavement, snow, ice, or slush. Driving a rear-wheel-drive car in the winter can be tricky, to say the least.

The rear-wheel-drive drivetrain isn’t only used with the engine mounted in the front. Some sports cars have the motor mounted in the middle, which creates an even better weight distribution and handling, but hurts interior space.

Porsche, on the other hand, uses a rear-engine rear-wheel-drive configuration in its iconic 911 sports car. This configuration provides outstanding traction for acceleration and opens space in the cabin. However, it also limits trunk space and results in tricky handling. 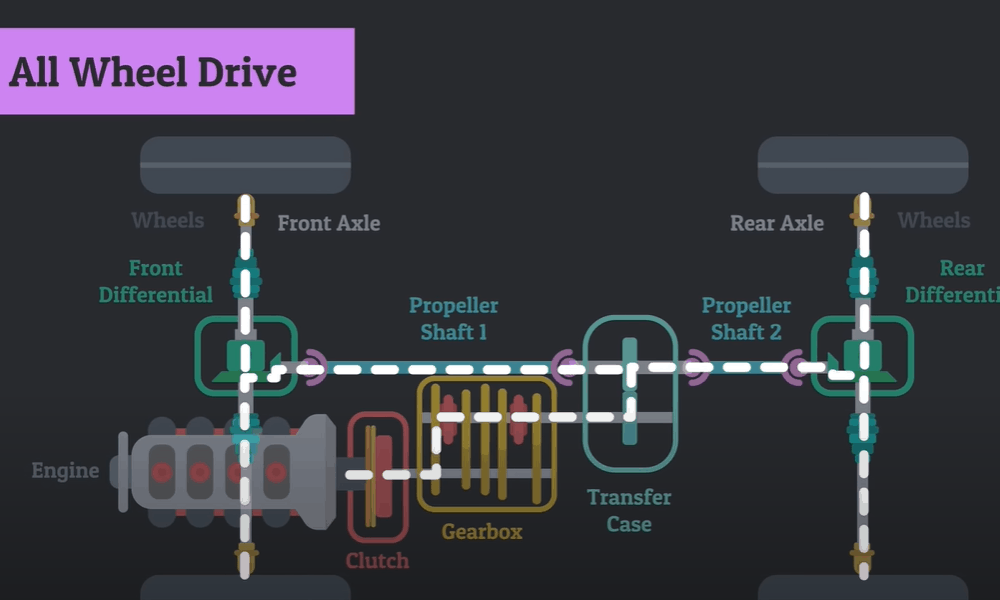 The all-wheel-drive system eliminates the main issue of both the FWD and RWD platforms – the loss of traction. In this drivetrain, the power is sent to all four wheels, which improves traction, especially on slippery surfaces.

Advantages of the AWD System

All-wheel-drive vehicles have a transfer case, usually in the middle of the car. The case then sends power to the differentials of the front and back wheels simultaneously.

On modern AWD vehicles, the system can vary the torque between the front and rear axles to better cope with the road conditions.

More accurately, when one axle loses traction, the transfer case can send more torque to the other axle. This helps significantly for hard acceleration, especially on snow, ice, and slush.

Besides, the AWD system can keep the vehicle in line during hard cornering. All-wheel-drive cars usually have more stable handling without understeer and oversteer.

You will also have much more traction for off-roading in an all-wheel-drive car. These vehicles work much better on hardpacked surfaces, mud, and sand.

Disadvantages of the AWD System

The AWD system seems like an obvious step forward when it comes to performance. Nonetheless, car manufacturers still only apply this drivetrain on a small number of cars. The main reasons for that are increased fuel consumption and tailpipe emissions due to added weight.

An all-wheel-drive system can increase fuel consumption by over 15%, which is undoubtedly not something that most drivers want. Because of that, most manufacturers utilize computer-controlled systems, which can send up to 100% torque to one axle for economy driving.

Nonetheless, the AWD system also limits space in the engine compartment, the cabin, and the trunk. For that reason, most AWD cars have taller cabins and sit higher from the ground, such as crossovers and SUVs.

Ultimately, the AWD system adds cost and makes the whole vehicle less reliable – there are more things to break. 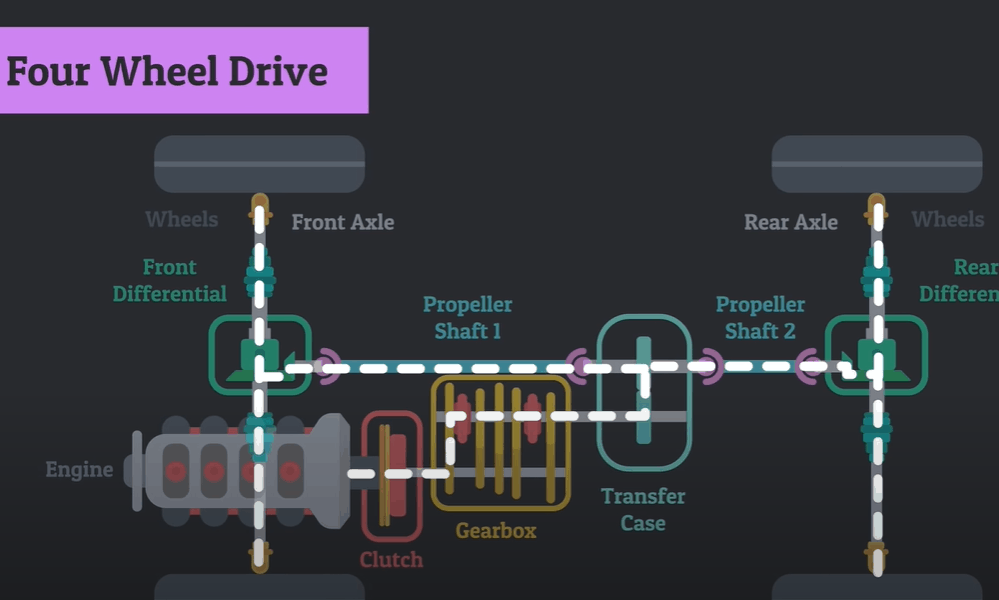 You may also encounter 4WD or 4X4 on some vehicles. This system is a similar system to AWD, albeit with some small differences. While the AWD system decides by itself where to send torque, on 4WD cars, you can make the selection.

For example, you can only drive the rear wheels for increased fuel economy, or lock the torque split by 50:50 for better traction on very slippery off-road surfaces. Some of these cars also have a reduction gear for even better traction at lower speeds.

The 4WD user-selectable system is mostly offered in very large SUVs and trucks designed for off-road use. Compared to the AWD system, it’s more clunky in its operation and not well-suited for on-road use. You can’t adjust the drivetrain while mid-corner, do you?

There is absolutely no winner among FWD, RWD, AWD, and 4WD drivetrains. Each brings its unique advantages to the table, but also disadvantages.

There might be a winner for you, though. By choosing a drivetrain type that suits your needs, you will probably never notice the drawbacks.

Needless to say, if you have more questions regarding this or any car-related subject, feel free to comment down below – I’ll be more than happy to help.

Also, if you found this article helpful, share it with your friends – they might find it useful, too!