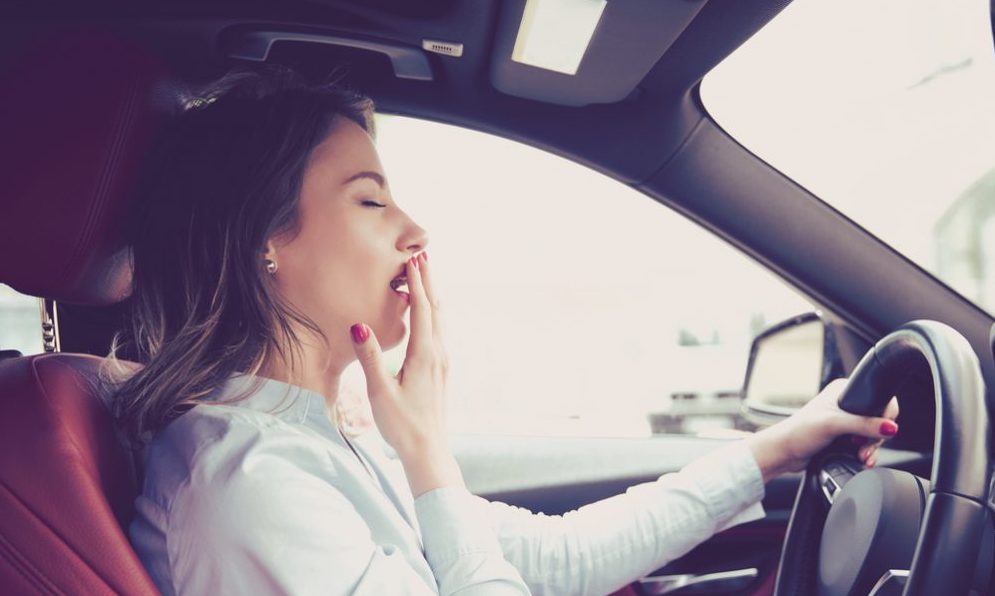 Driver fatigue is a very dangerous condition created when a person is suffering symptoms of fatigue while driving, often resulting from the hypnotic (Inducing sleep; soporific or hypnosis) effect especially during nighttime (peak levels at night can be 10 times daytime levels) driving either falling asleep at the wheel or so exhausted they made serious – and fatal – driving errors.

There’s a strong possibility that the driver falls asleep and run off the road. Tiredness and fatigue can often affect your driving ability long before you even notice you’re getting tired. Fatigue related crashes are often more severe than others because driver’s reaction times are delayed or they have failed to make any maneuvers to avoid a crash. Symptoms of driver fatigue include heavy eyelids, frequent yawning, a drifting vehicle that wanders over road lines, varying vehicle speed for no reason, misjudging traffic situations, and seeing things “jump out” in the road, feeling fidgety or irritable and daydreaming.

A study by National Central University in Jhongli, Tatung University, Taiwan; recently reported at New Scientist magazine that “driving for just 80 minutes without a break can make motorists a danger on the roads”. They found that drivers who do not take frequent rest stops have slower reactions than those who break up long journeys.

People run a higher risk of succumbing to driver fatigue between 2 am and 6 am and during what is known as the “2 pm slump”. Studies show the number of accidents increase according to the time of day and the number of hours driven. High-risk occupations include night-shift workers, airline crew, students, commercial drivers, medical staff, sales representatives and journalists.

A new in-depth on-scene study last year in the Vehicle Safety Division, at the Chalmers University of Technology, in Sweden, reveals that driver fatigue, slippery roads, and inexperience could be just as important and should be factored into the design of new vehicle safety features.

Stats of Road Crashes as a cause of driver fatigue 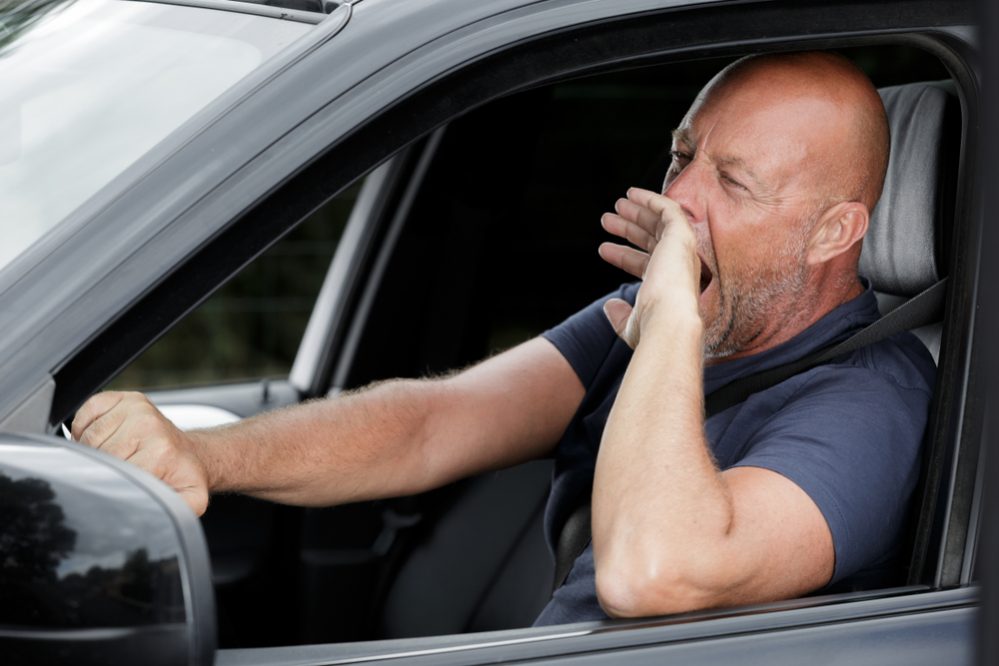 Recent international research has suggested that driver fatigue is under-represented in accident statistics, and some estimates show that it could be a contributing factor in twenty to twenty-four percent of fatal crashes.

A study conducted by the Adelaide Centre for Sleep Research shown that drivers who have been awake for 24 hours have an equivalent driving performance to a person who has a BAC (blood alcohol content) of 0.1 g/100ml, and is seven times more likely to have an accident. 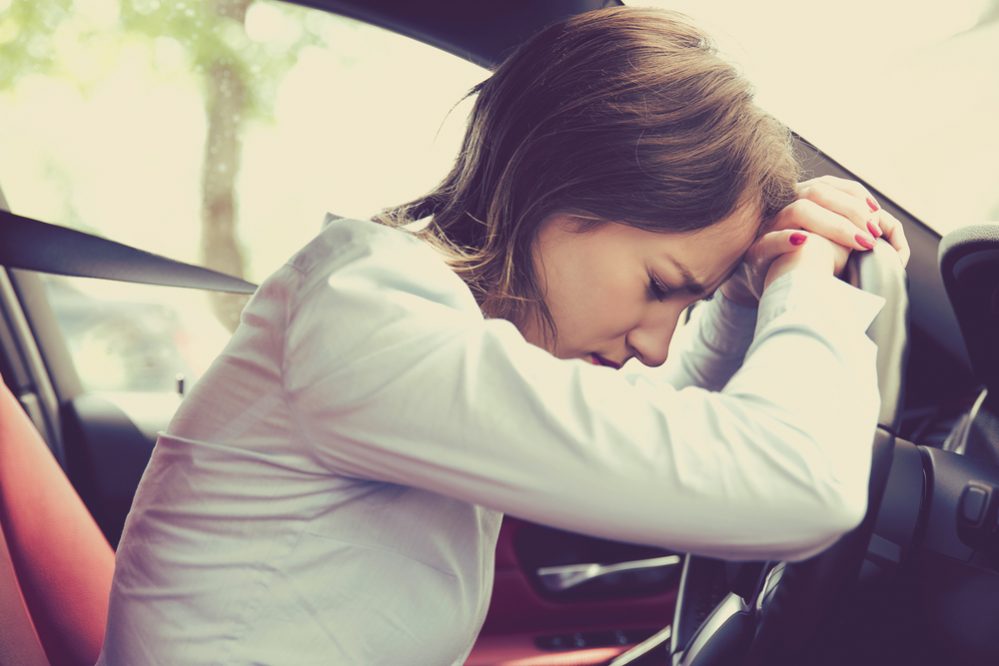 In the USA a series of studies by the National Transportation Safety Board (NTSB) have pointed to the significance of sleepiness as a factor in accidents involving heavy vehicles.

The NTSB came to the concluded that 52 percent of 107 single-vehicle accidents involving heavy trucks were fatigue-related; in nearly 18 percent of the cases, the driver admitted to falling asleep. Summarizing the US Department of Transportation’s investigations into fatigue in the 1990s, the extent of fatigue-related fatal accidents is estimated to be around 30%. Research shows that driver fatigue is a significant factor in approximately 20% of commercial road transport crashes and over 50% of long haul drivers have fallen asleep at the wheel.

Recently The National Highway Traffic Safety Administration (NHTSA) estimates that there is 56,000 sleep-related road crashes annually in the USA, resulting in 40,000 injuries and 1,550 fatalities.

An analysis of road accidents between 1990 and 1992 in North Carolina found 5,104 accidents (0.5%) in which the driver was judged to have fallen asleep.  A survey of 205 drivers in another State found that 31% admitted having dozed off at least once while driving during the preceding twelve months.

One study calculated that 17% (about 1 million) of road accidents are sleep related. A 1995 study suggested that 2.6% of accidents caused by driver inattention were due to fatigue

A study of road accidents on two of America’s busiest roads indicated that 50% of fatal accidents on those roads were fatigue related. Another study claims that 30% – 40% of accidents involving heavy trucks are caused by driver sleepiness. Truck driver fatigue was a particular problem in single-vehicle fatal crashes. In 2002 alone the Total Cost of Fatigue-Related Crashes (in 1999 Dollars) exceeded $2.3 billion.

Rubbernecking, driver fatigue (12%) and looking at scenery were some of the leading causes of distraction-related traffic crashes, according to a study in 2003 over more than 2,700 crash scenes involving distracted drivers and nearly 4,500 drivers; conducted by Virginia Commonwealth University for the Virginia Department of Motor Vehicles.

In 2007 fatigue was involved in at least 18% of fatal accidents and accounts for about 7% of all accidents.

The Government’s Road Safety Strategy, “Tomorrow’s Roads: Safer for Everyone” identifies driver fatigue as one of the main areas of driver behavior that needs to be addressed if the target for reducing the number of people killed and seriously injured in road accidents by 40% by 2010 is to be achieved. 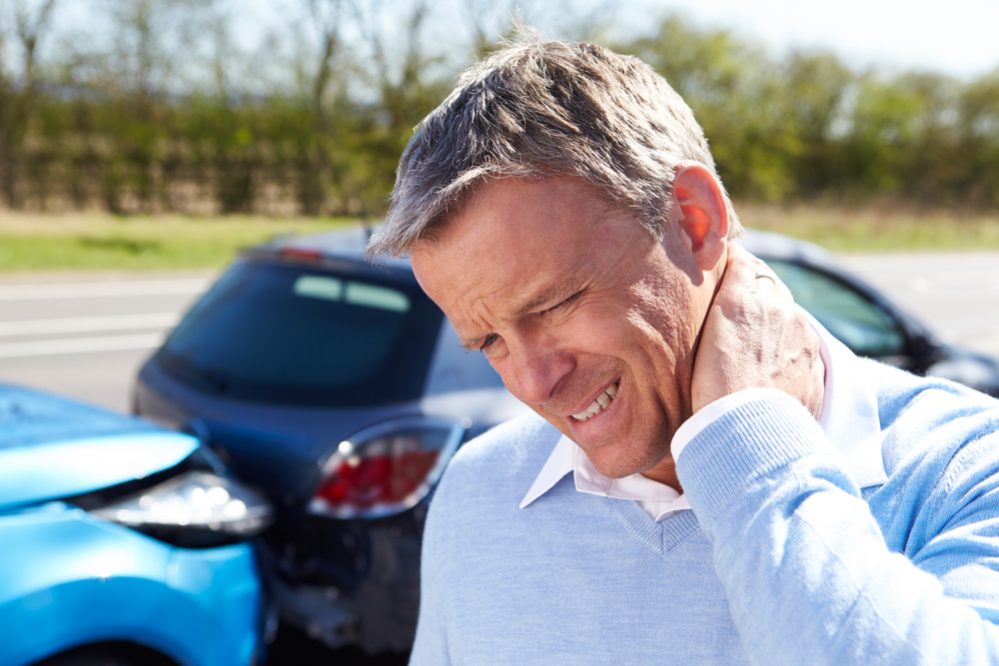 A collaborative study by Moller of the University Health Network and the University of Toronto Sleep Research Unit found that driver fatigue is a serious road safety issue that kills 400 Canadians every year. Also, according to a 2005 study, one in five Canadians – 4 million people – admitted to nodding off or falling asleep at the wheel at least once in the previous 12 months.

In the UK alone, almost 45,000 people are killed, or seriously injured in road accidents every year, and road safety experts consider driver fatigue is a major cause. Driver fatigue is shown to be responsible for more than 20% of traffic accidents in UK.

The Road Safety Authority (RSA) of Ireland Chief Executive Noel Brett said scientific studies prove that driver fatigue is as dangerous as driving when over the drink drive limit and warned recently that one of five driver deaths in Ireland was as a result of driver fatigue, when a motorist begins to nod off behind of the wheel of a car.

A study in New Zealand of 370 heavy motor vehicle crashes in 1997, found that driver fatigue was listed as a contributing factor in 7% of accidents. In 2006 at least 40 people lost their lives while almost 1000 people were injured because they, or the driver of the car they were in, succumbed to fatigue. 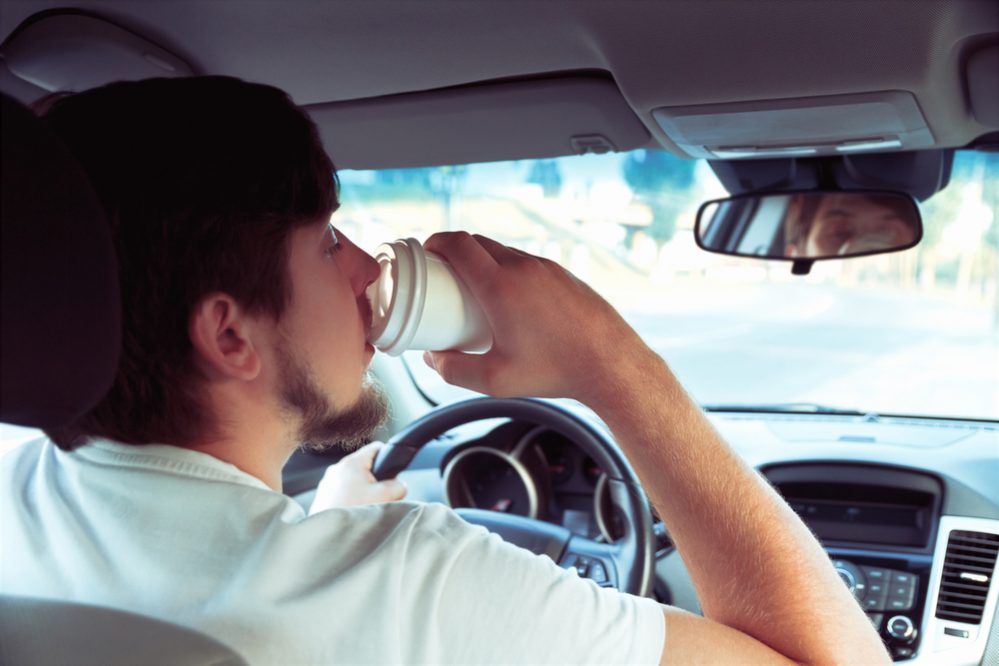 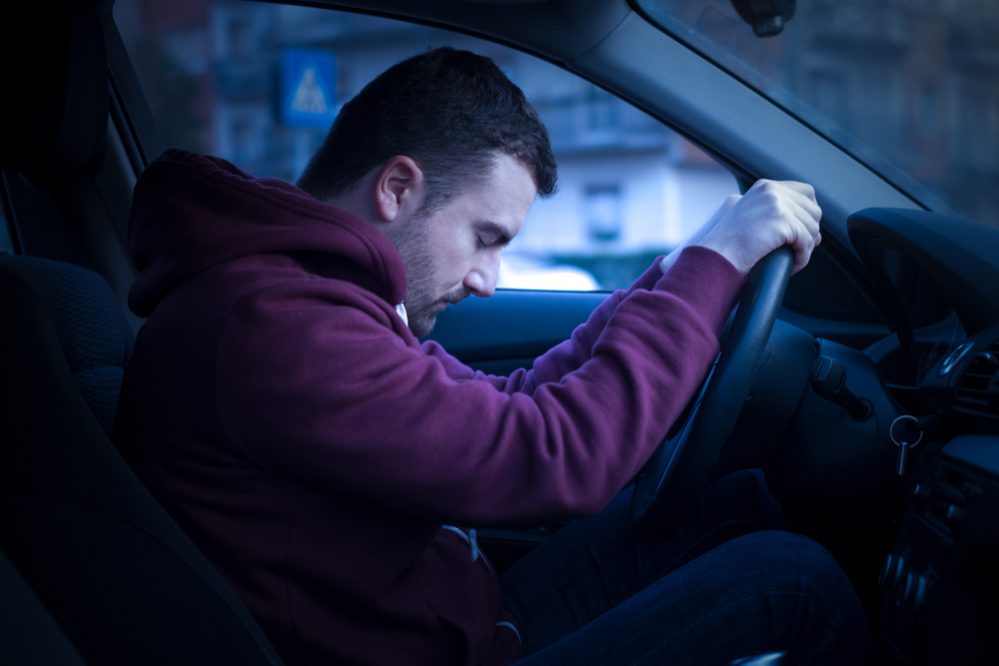 The information presented here was generated in cooperation with the Roads and Traffic Authority. You can get more information from the RTA Driver Fatigue. The Federal Office of Road Safety also has a great deal of information as does the NSW Health site. 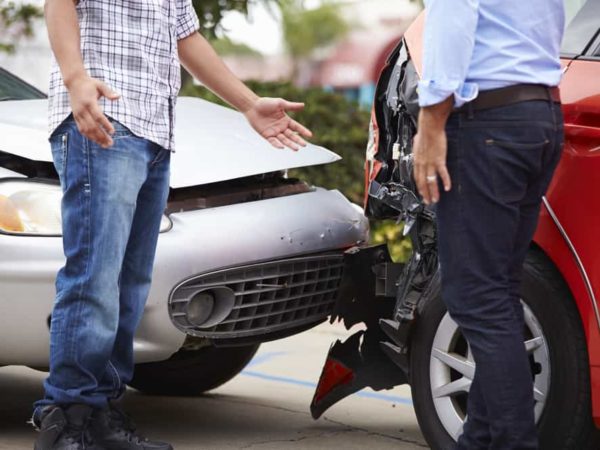 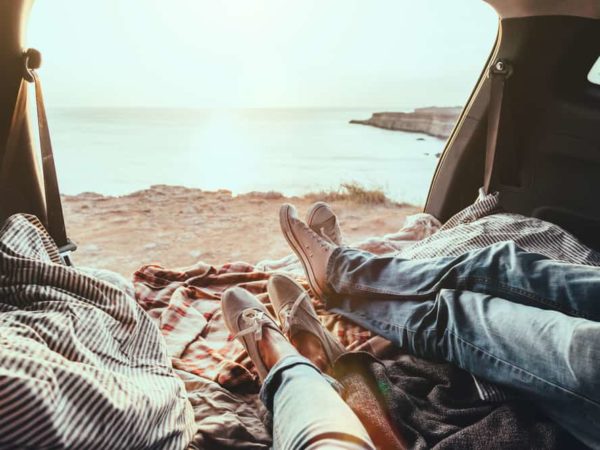 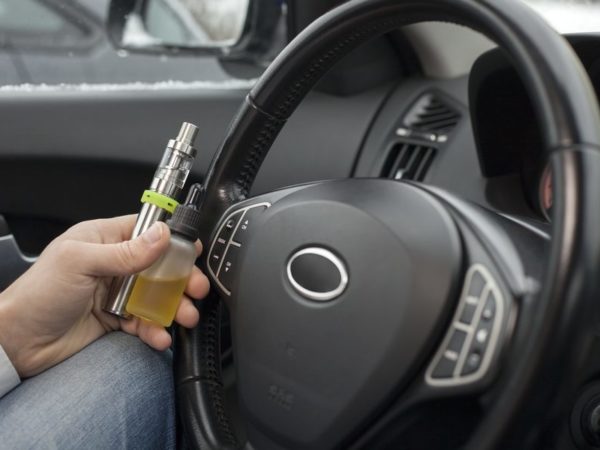 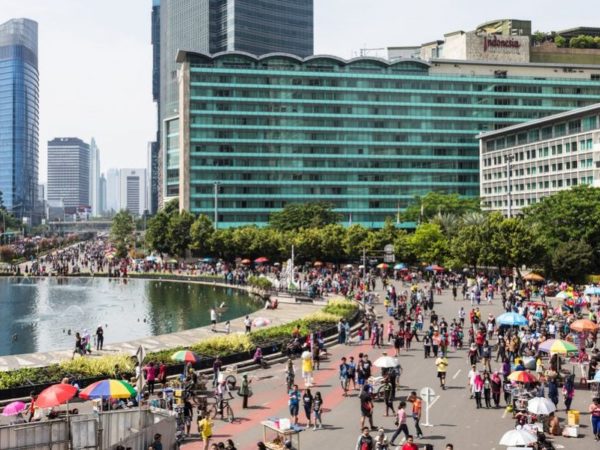