Everyone wants to keep their car in the best possible condition, and part of that involves knowing a little bit about how cars work. Some parts, most people have a basic understanding of, but others, perhaps not so much – and the battery can be placed in that category.

We have all heard terms like ‘volts’ and ‘amps’, but what do they really mean? And which are most important? Here, we’re going to try to answer questions like these and more as we ask, how many amps is a car battery?

If you are looking for a preview of some of the stuff we’re going to be talking about, you can check out this video before reading on.

What are volts and amps?

Let’s start at the beginning. What exactly are amps? What about volts? And how are they different? Let’s look at these questions now – and we will try to keep it as simple as possible.

In short, the amp is the unit of measurement for electricity while voltage refers to the difference in electric potential.

Another way of saying it is that volts are a measure of the force that causes electrons to flow through a conductor whereas amps indicate the rate of flow of electrons.

This is all a little abstract and difficult to grasp, but there is a well-known analogy that can help.

Imagine that electricity is like water flowing through a pipe. How fast the electricity (water) flows is the current, which is measure in amps. The battery is like the pump that pushes the water through the pipe, and the voltage is the measurement of the pressure.

So when we talk about the amps and the voltage of a car battery, we are talking about the “speed” of the electric current (amps) and the “pressure” of that current (volts).

So far so good?

One of the problems when talking about how many amps there are in a car battery is that there are several ways of measuring it. Let’s have a look at some of the most important ones now.

One of the most important ways of measuring the amps of a car battery is using amp hours. This is a measurement of the battery’s capacity expressed as how long it can produce a current of one amp per hour before it goes flat.

This means a car with a battery rated at 50 amp hours can provide a current of 1 amp for 50 hours. Car batteries vary widely and can have a rating of anything from around 50 amp hours to 500 amp hours.

However, not all companies use the same way of calculating amp hours – for example, some use a 10-hour rate, some use a 20-hour rate and other use a 100-hour rate. For more information about this, check out the video we included above that explains it well. 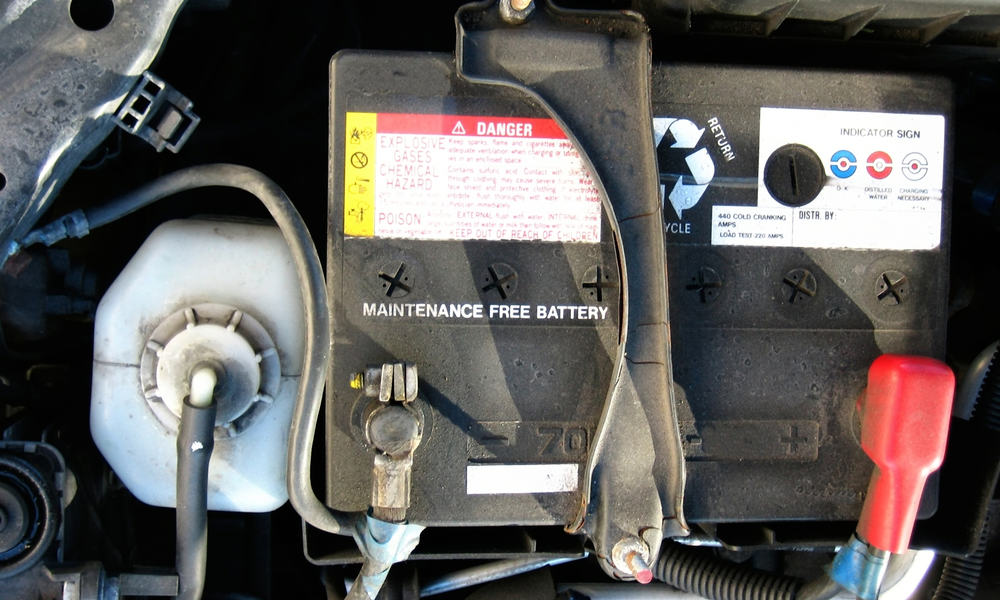 Another important rating is the cranking amps (CA). This refers to the amount of current a battery can provide for 30 seconds at 32°F. However, another rating, cold cranking amps is usually considered to be more important – as we will see.

The cold cranking amps (CCA) rating tells you how much current a battery can provide for 30 seconds at a temperature of 0°F.

Since in real life, cars need to be started at a range of temperatures, including temperatures well below freezing, this rating will give you a better indication of how the battery will perform in a real-world situation.

A car battery’s primary function is to get your engine started, so the amount of CCAs a battery has depends on the vehicle in question.

To start a small car, you need about 300 amps – so most modern sedans and compacts have batteries rated at 400 CCA or more.

On the other hand, for larger vehicles such as SUVs and trucks, 800 CCAs wouldn’t be unusual. For the largest vehicles, anything as high as 1,500 CCAs could be possible.

Are there any other important measurements?

However, we don’t need to go into the details of those here – the most important ones to look at when talking about car batteries are the capacity in amp hours and the CCA rating.

When buying a new battery for your car, if you live in a colder area, you should pay particular attention to CCA – because if you need to start your car during the coldest winter months, a higher CCA rating will give you a higher level of performance. 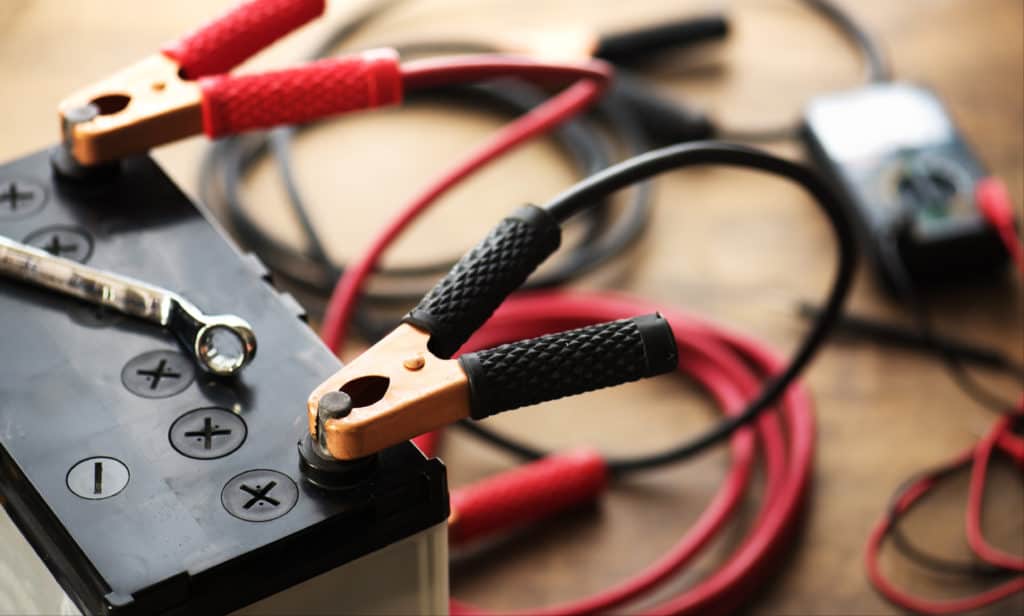 If your battery goes flat, you can recharge it using a battery recharger. These work by replenishing the charge using mains power.

Generally speaking, most battery chargers charge at a rate of 2 amps per hour. This means they can fully charge a 48amp battery in 24 hours. This might not be particularly fast, but it is preferable since it is better for the health of your battery.

Other chargers are available that can charge batteries much faster. For example, some chargers can charge at a rate of 10 amps per hour.

However, using one of these is only recommended when you need to charge a battery in a hurry since they are not good for the battery.

Also, you should be careful to disconnect it from the battery when it has finished charging – otherwise, you risk damaging your battery.

A complicated topic – but it depends what you need to know

Asking how many amps in a car battery can be a complicated question, but the answer you are looking for depends on why you want to know. If you are just curious, there are many possible answers depending on which rating you use to measure the amps.

However, if you are asking because you want to charge your battery or because you need to buy a new one, the two most important ratings are amp hours and cold cranking amps – and at least these two are relatively easy to understand.