According to the statistics online, recently manufactured cars do not come with the automatic gear mechanism. While it’s right, that this new gear car reduces the stress of always moving the clutch, you may one day be forced to drive a manual car.

It may be that you find yourself in the Wild West seeking to drive a rented car around town. These reasons make it essential that you should learn how to drive a manual car if you don’t know how to.

It won’t be wrong if you add that to your knowledge box; after all, manual vehicles have a better fuel economy. Do you want to learn how to drive a manual car? Then read on.

Steps on How to Drive a Manual car

Here’s a guideline for driving anything that has a clutch pedal or gear stick from small thrifty vehicles to saloon cars and even forklifts. Who still drives an automatic forklift? No one I guess, so here is how to drive a manual car step by step.

Step 1: Get Acquainted with the Gear Stick and Clutch Pedal 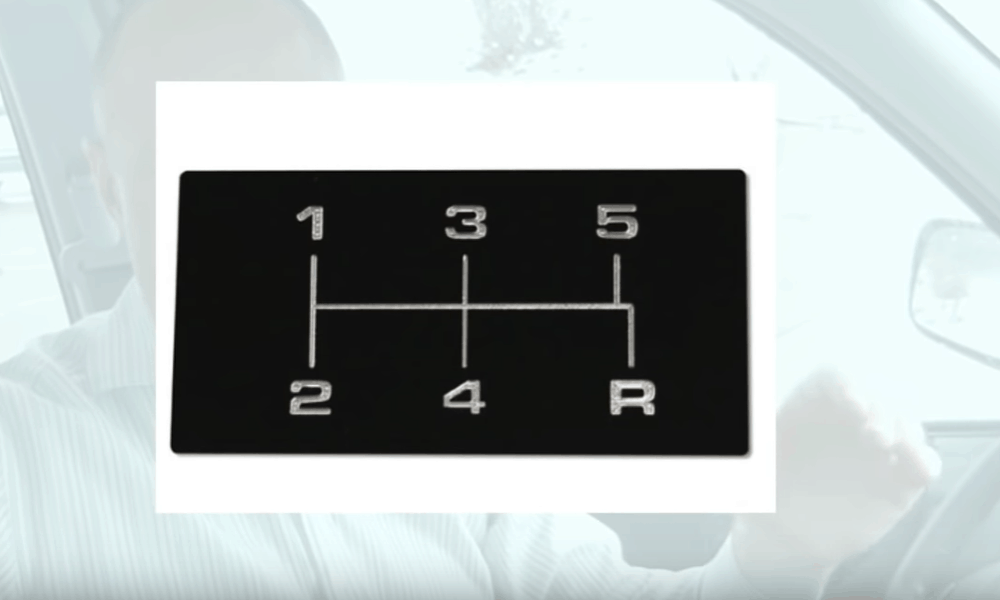 You should try to acquaint yourself with the mechanism of function of a manual car while it’s not in motion. You should at least ensure to know the location of the critical part like the clutch pedal positioned at the left side of the brake pedal. The reason is that this is the main thing that differentiates a manual car from an automatic.

Get used to the pushback it gives when you step on it and adjust your seat to get a better stepping on all pedals. The next thing is to get accustomed to the gear stick. This control is positioned right in between the front and next to the steering wheel opposite the car stereo spot.

Now look at the top of the gear stick, there is a diagram representation of how it works. The arrangement of the numbers on it describes the way to move the stick base on the command. For instance, you will find the reverse opposite gear five in most cars.

So you move the stick to the fifth gear then pull it down to get to the reverse. Stepping on the clutch and pulling the stick to the center of gear one and two places it in neutral. When you drive an automatic transmission vehicle, it takes care of all these on its own. 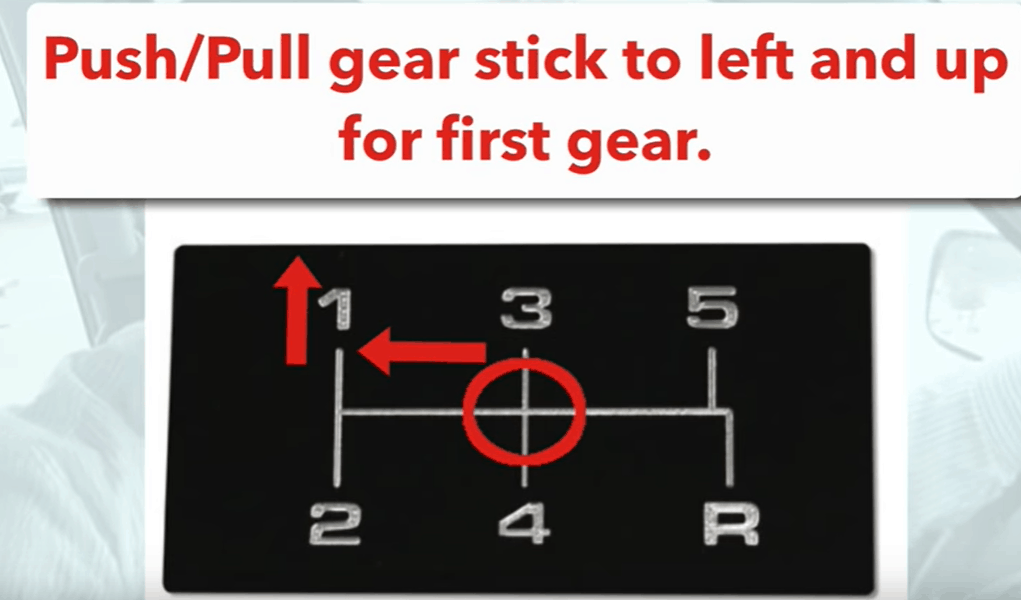 You should know the foremost principle of a manual car mechanism. That means to start moving the stick with your foot on the clutch and then switch foot to the gas after shifting.

With the car ignition off, step on the clutch, then pull the stick into gear one and carefully switch foot to the gas.

Keep switch foot until it’s entirely on the gas and no longer on the clutch. This makes the car to start moving if the ignition was on. Repeat this step if you wish to switch to the next gear but more carefully while in motion.

The same goes for the five speeds and the reverse gear as well. Summarily, take these three steps to change gear:

It requires more accuracy when you’re in motion or in moving on a fast pace; also, not that it’s safer for greenhorns to move the stick gradually.

Step 3: Imagine Yourself in a Driving Situation 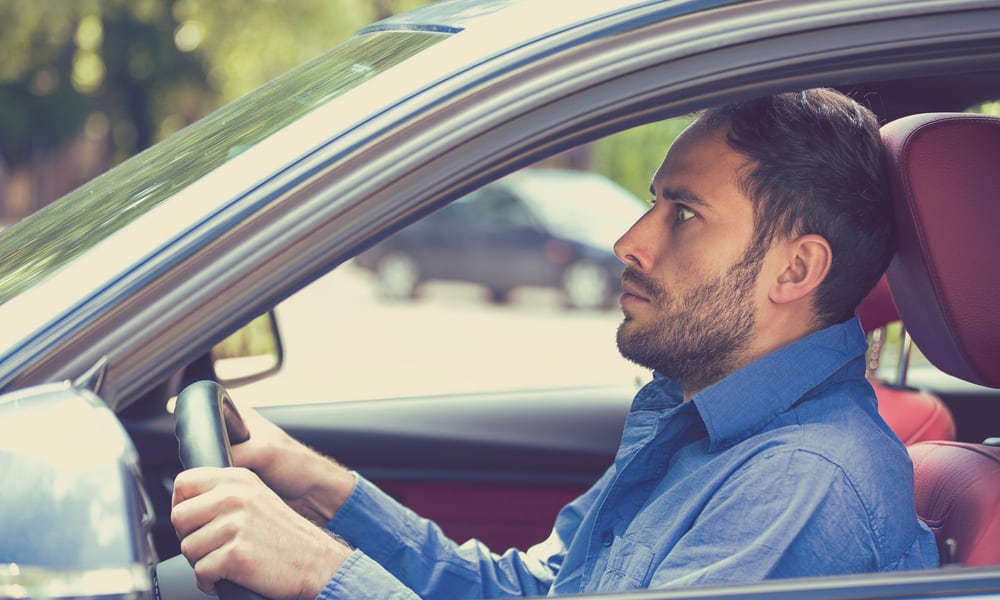 While moving the car, to go at a faster speed, you need to change the gear in manual vehicles. The standard benchmark for a gear change is about 3000rpm, and you will see it on the speedometer. The engine signals you to change with a groaning sound indicating an overload, or you could keep track of it with your speedometer.

Carry out this exercise when the car is off and try changing the gear after driving for some time. Also, try stepping on the clutch first and then switching your foot to the gas alternatively until you get to gear four.

Match on the clutch while quietly moving the stick into reclining gears to indicate downshifting. To come to a halt, you should match it again.

Afterward move the stuck to neutral. You will find this control positioned between two gears. 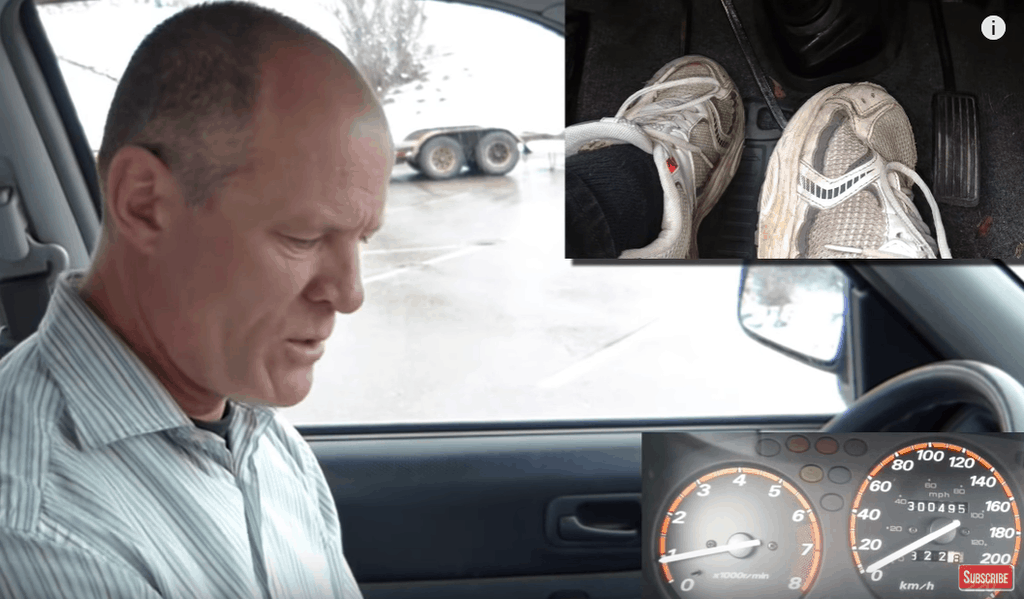 Driving a car with the ignition is not the same as driving a vehicle while it’s on. The feeling is different; there a chill you get when you hear the sound of the engine. That’s why you should practice with a car engine after the simulations. Ensure your trials are done within an area cordoned off from the main road and walkways.

Look for an empty and vast expanse of land, like a field or playground without kids for the real car practice. Do not tremble at the sound of the engine or the occasional engine halts that come when doing this.

Do not practice alone even with your license. Instead, always have an expert or a friend beside you.

Before you start the engine of the car, make sure the vehicle is in neutral gear, and then match down on the clutch pedal. After you switch on the engine, select the gears while hitting your feet to the gas. This enables the vehicle will start moving.

Do not push on the gas too hard, so don’t accelerate too much. Now change the gear when you’re at 15mph or 3000rpm on the speedometer. Do this repeatedly and ace this technique, you could give like James bond if you wish.

Step 5: Driving up a hill 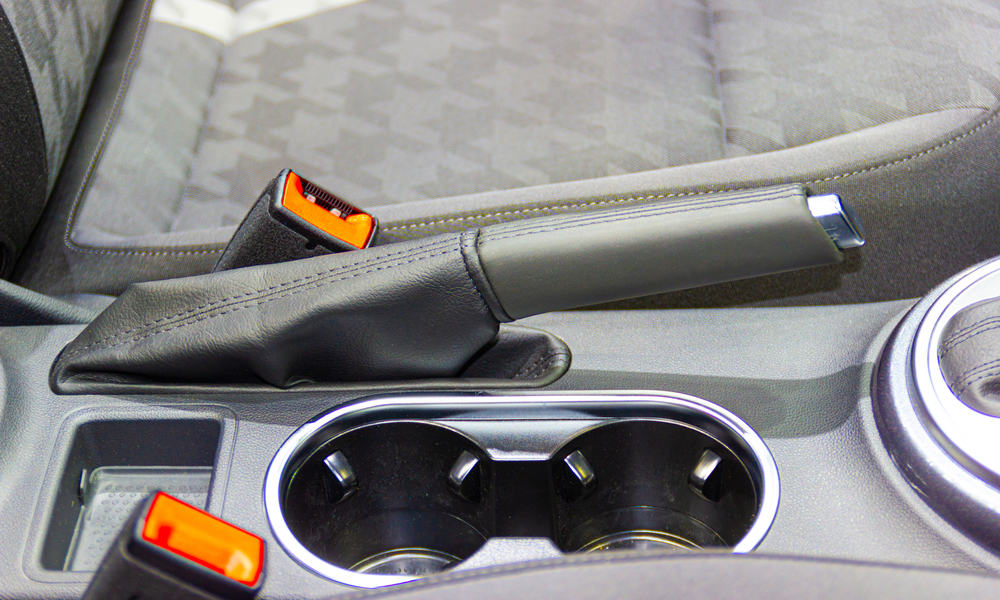 One of the most challenging aspects of manual types is driving a manual car up a hill. The reason is that you need to press down the clutch, switch gears, and match on the gas to move up.

You have to keep your feet on the brake pedal to avoid going back down. It’s very dicey, to say the least, unless, of course, you have a third leg.

At this point, you should employ the hand brake positioned behind the gear stick, to halt the car. When you move up a bit, pull the hand brake to stop and then repeat the clutch-gear-gas procedure to move. Precision is the issue, getting the process right without rolling the car backward mistakenly.

Just pull down the hand brake gradually while ending the car in the gears to move on. If you experience an engine halt, you shouldn’t shudder just rerun the process. With time, you realize you can already do 90 on a freeway!

It’s a remarkable thing if you know how to drive a manual car and the automatic transmission vehicle. Well, if you just went through our guidelines, it means you can confidently drive anything with a manual gearbox.

However, if you’re still not convinced you can drive a manual car smoothly, you can comment on your confusion in the comment section, let’s clear you.

Whenever you think of manual cars, remember the three principles