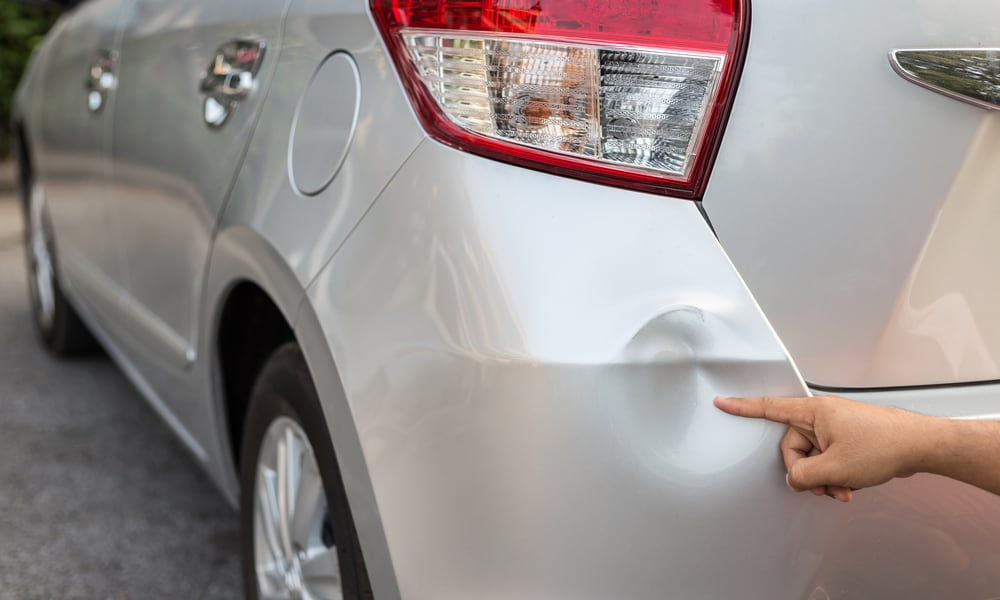 Are you a cautious driver who always drives well below the speed limit? Do you make the best use of mirrors when reversing and turning your car? Is your driving style branded avuncular by friends and family? Even then you must know how to get a dent out of a car.

An inattentive driver looking at their phone might slam against your vehicle from behind. A kid may bump against it with a shopping cart. Someone may open their vehicle’s door into yours in a constricted parking spot. All these are frustrating facts of auto-ownership life which may leave you with a dent.

How to get a dent out of a car

Here’s how you can get a dent out of your car:

Following are the methods using which you can remove small dents:

1. Use a drain plunger

Purchase a simple plunger from your local hardware store or online. Make sure the one you’re ordering doesn’t have a flange at the bottom. Then wash the body of your car. Pay special attention to the area in and around the dent. Clean it rigorously to free it from dirt and grease.

Once you’re done washing the car, lubricate the rim of the plunger with soapy water. This will help the plunger create suction when you attach it against the car body. Attach the plunger over the dent and push inwards to create a decent amount of suction.

Slowly pull the plunger out. You may notice that the area taken up by the dent has reduced. Re-attach the plunger over the dent and again pull it out. Continue with this practice – pushing the plunger against the dent, pulling it out – until the dent is entirely gone.

2. Press out dents from behind 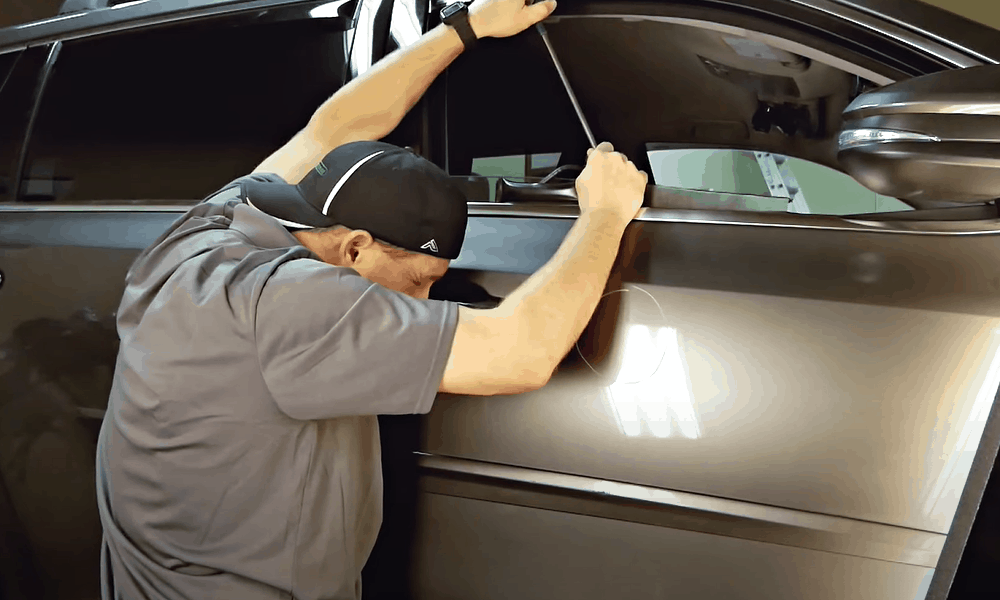 This method requires you to remove the car’s body part with the dent and access the ding from behind. It therefore works best on those components that are easy-to-remove. Examples include both the front- and rear-side bumpers and door panels.

Smaller dents can be popped back out by applying pressure with your thumb. The larger ones might require you to apply force with both your hands. You may need to apply pressure on multiple angles before you could pop out the ding.

You’d need to apply the dry ice over the dent to remove it. That’s why this method works best on horizontal surfaces such as the trunk lid, roof or hood of the vehicle. As you’d have to hold the dry ice in place if the dent is on a vertical surface, such as the doors.

Dry ice is at extreme temperatures and you must wear heavy-duty gloves and safety glasses before handling it. The gloves should be large enough to cover as far up your arms as possible. Make sure you have worn the recommended safety gear before opening the dry ice package.

Place the dry ice on the dent using tongs. Let it sit there for half-a-minute (at most) before using the tongs to remove it. Allow the ding to get into contact with ambient air – as the warmth of the surrounding air will cause the shifting of the metal before forcing the dent to pop out. 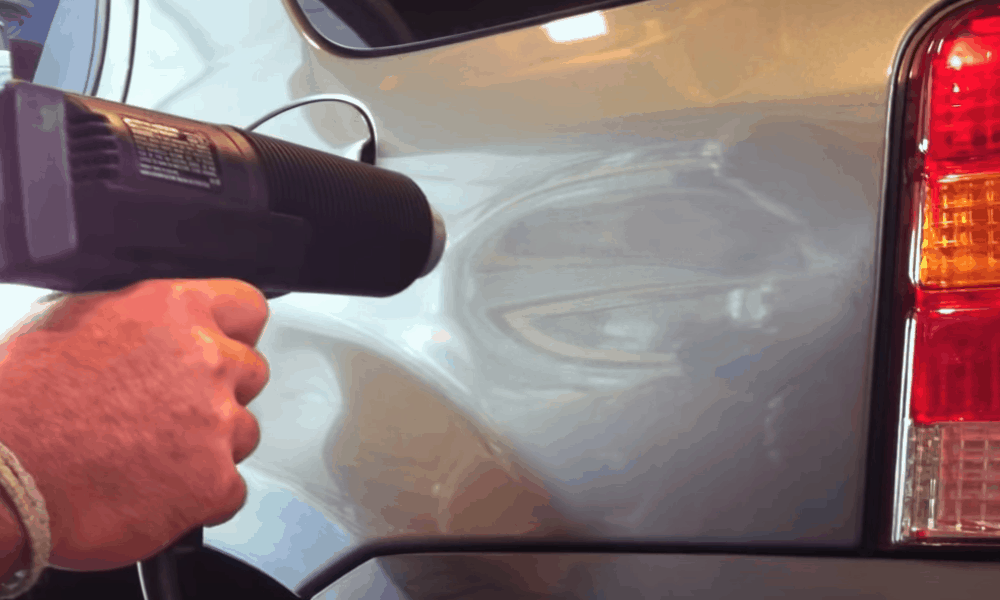 What is better than blowing away your troubles using a hairdryer? This method works best if the depressed spot is on a plastic or metal surface. All you have to do is plug-in the dryer, turn it on at medium heat setting and aim its nozzle at the dent.

Turn off the hairdryer after heating the dent for a few minutes. Assess the malleability of the metal before moving ahead. If it’s soft, skip whatever is said in the rest of this paragraph and move on to the next. Otherwise, reheat the dent with the hairdryer before examining it again.

Once the surface is malleable enough, use a can of compressed air to spray the dent. This will cause the plastic to contract and, hopefully, the removal of the dent. Finish things off by wiping down the liquid squirted by the compressor with a dry microfiber cloth.

Following is the method using which you can remove large dents:

This method works best for large dents on plastic surfaces. Such surfaces are notoriously stiff and won’t get back in shape unless you throw boiling water on the dent. But the ding won’t pop out on its own after you’ve treated it to hot water.

You’d have to reach behind the plastic surface and apply pressure. The boiling water’s heat must have made the plastic flexible, thereby making it easy for you to put it back into place. It’s extremely likely that a large dent won’t completely go out at the first time of asking.

That is why you may have to repeat the process – apply boiling water over the dent, press it out from the inside – until the depressed area completely pops out. Don’t forget to wear gloves throughout this process as the plastic surface will be extremely hot.

Those of you who have reached this far know how to get a dent out of a car. Smaller size dents can quickly be taken care of using one of the four methods mentioned above. You can either use a drain plunger, dry ice, a hairdryer or your brute force to pop them back out.

Large dents aren’t quite easy to remove. You’d need to treat them with boiling water before applying force from inside to bring out the depressed spot. However, if the problem persists, it’s time to lighten your pockets by taking your car to a mechanic.