People buy cars to enjoy the ease of movement and, above all, comfort and satisfaction. These are some of the things superfast, and race cars have in common. The elegance of body designs and limited editions make these cars forever nesting on the high side.

When you see them, you understand why you won’t ever miss the opportunity to take a ride. But anyone who drives the most expensive car in the world knows that it requires training and special skills.

Here is a countdown on the 10 most expensive cars in the world. All you need do is relax, and we will take you on a ride in these luxury wonders. 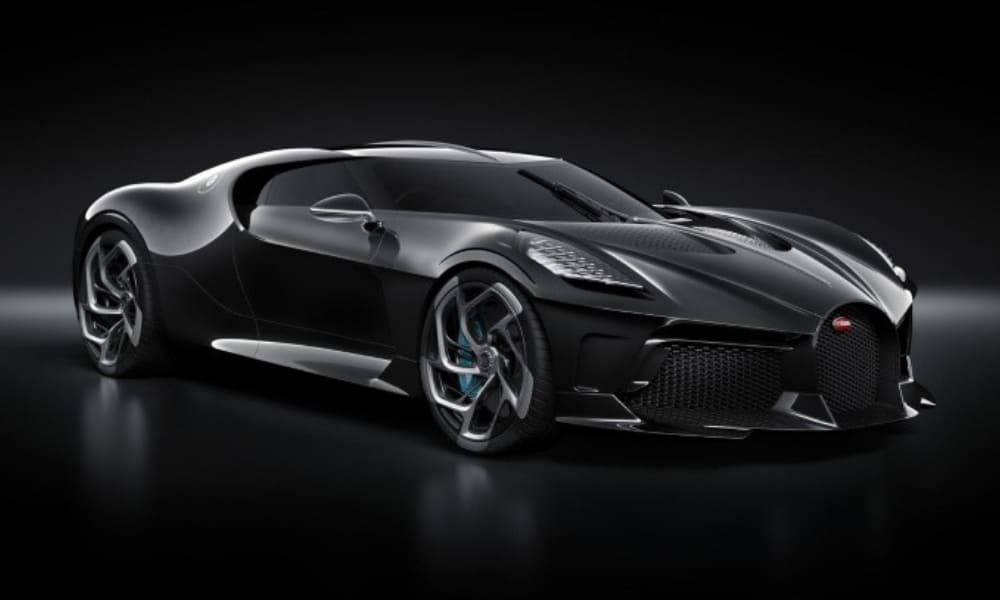 With the combination of speed, latest tech, and luxurious look, this new car seems to bring the future closer. The 8-liter engine, 1500 brake horsepower, and 18 cylinders make the worth as clear as crystal. No wonder only one Bugatti La Voiture Noire has been produced. 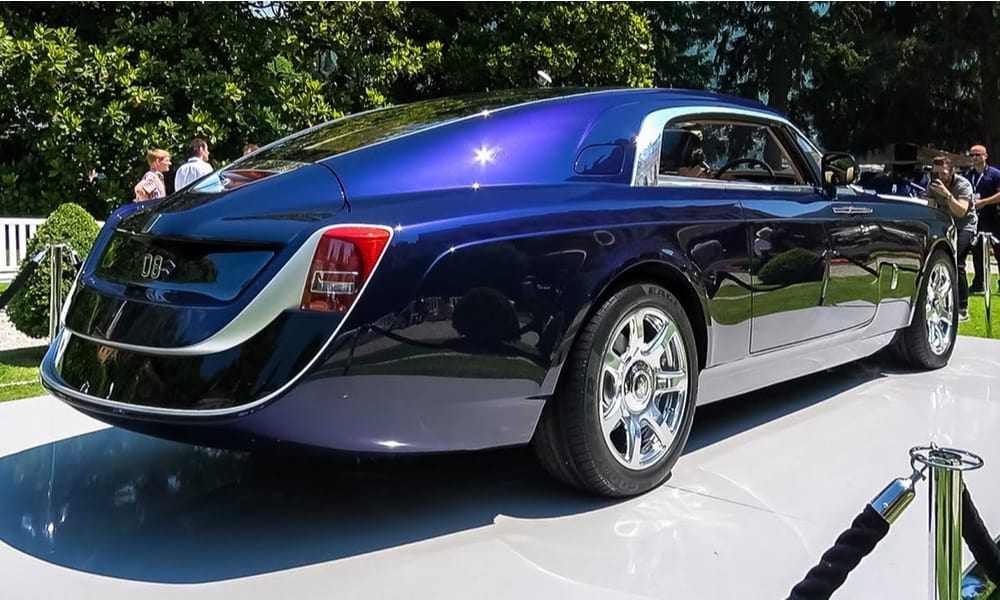 Call it one of the fascinating works of Rolls-Royce Motor Cars, the roof of the Sweptail is a single piece of glass. The design was inspired by a customer who wanted a car with designs of the 1920s and 30s yachts.

Even though the identity of the owner remains a secret, Rolls-Royce Sweptail is a car one cannot easily forget. Meet it face-to-face, and you will see why it is the second most expensive car in the world ever.

This exclusive design is a clear departure from the Divo at Pebble Beach or the Bugatti Chevron Veyron. The Centodieci, meaning one hundred and ten, is completely appropriate for this model as it reminds us of the Transformers movies.

A rare and futuristic design, the Centodieci is not just a modernized EB110. It has about 1600 horsepower and covers around 62 mph powered by an engine of 8.0 liter W16. Due to its value, customers may have to wait for two years to get their priceless possession patiently. 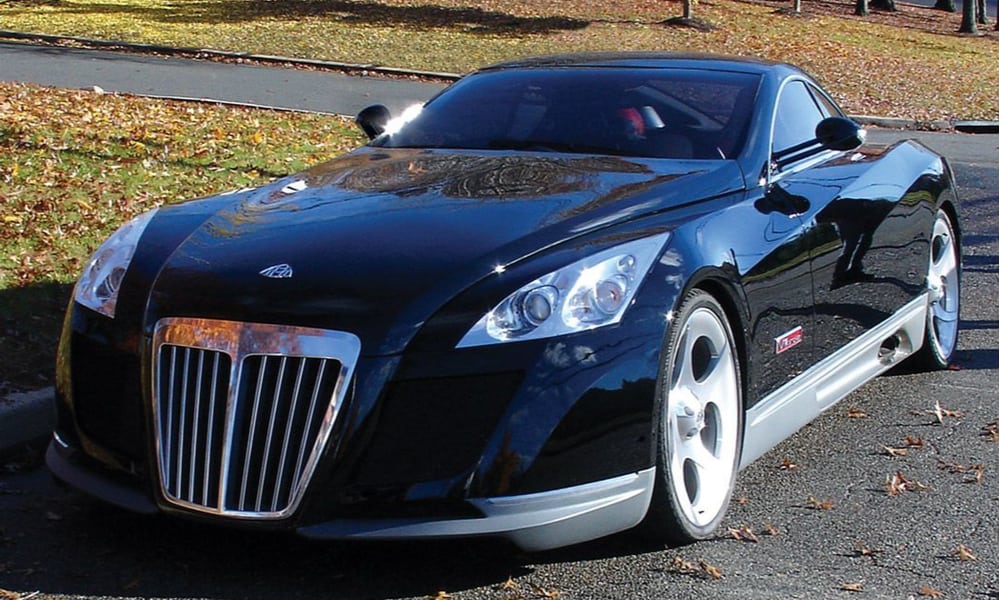 Despite the years that have rolled by, the Maybach Exelero still stuns us with its unique design. It made its first appearance in 2004, and having a 5.9-liter engine powers the car. Each cylinder has three valves, and it can run 62 miles per hour.

The Maybach Exelero is a unusual concept that makes everyone turn around to watch as it passes by. It was created in collaboration with Fulda, a tire producer, and what was thought as an experiment became a legend. 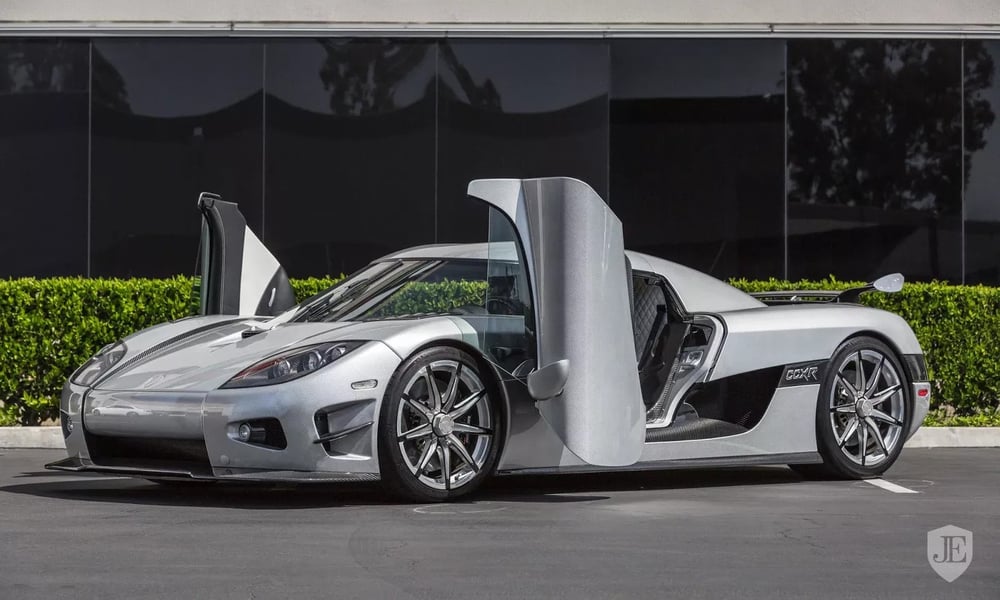 The first two Trevitas made their first appearance in 2009, and in 2015 the boxing legend, Mayweather, bought one. It has remained one of the most expensive sports car in the world with a speed of 254 mph.

This was no easy task, but the company found a way of transforming black carbon fibers into shiny white. So far, only three of this car was built, and the company had to shut down production. 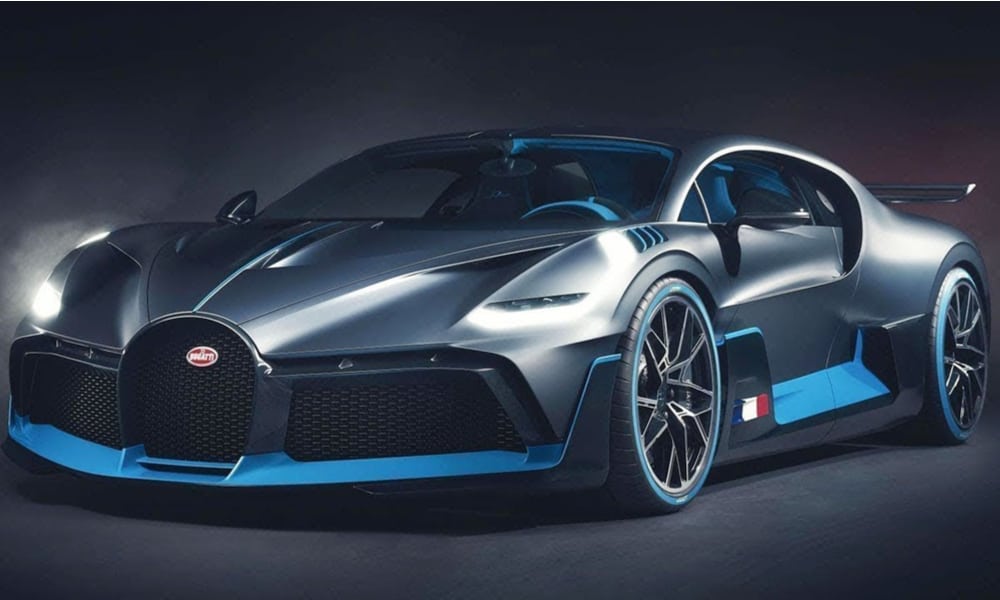 This is perhaps the most agile car Bugatti has ever produced. The Bugatti Divo is a master on the road, and about 40 units were built. With its stunning acceleration and ability to maneuver corners, it brings nothing less than excitement.

A powerful design as the Bugatti Divo combines the coaching system of past centuries with modern efficiency. It is no surprise that it was presold to Chiron owners even before the public announcement was made. 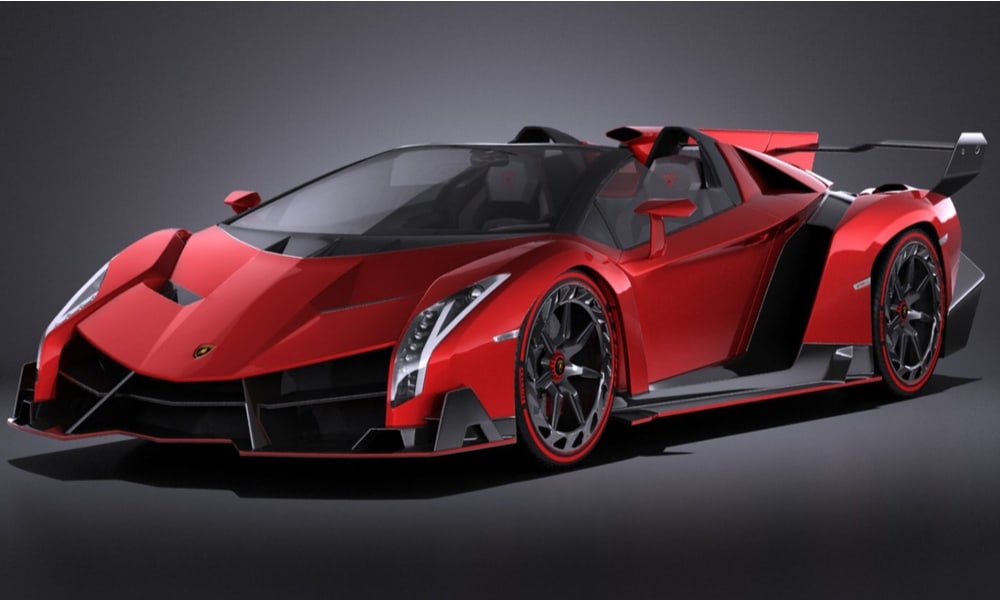 The Lamborghini Veneno Roadster became the most expensive Lamborghini to be ever auctioned. It came to the scene with the starting price of $4.5 million to mark the automaker’s birthday. 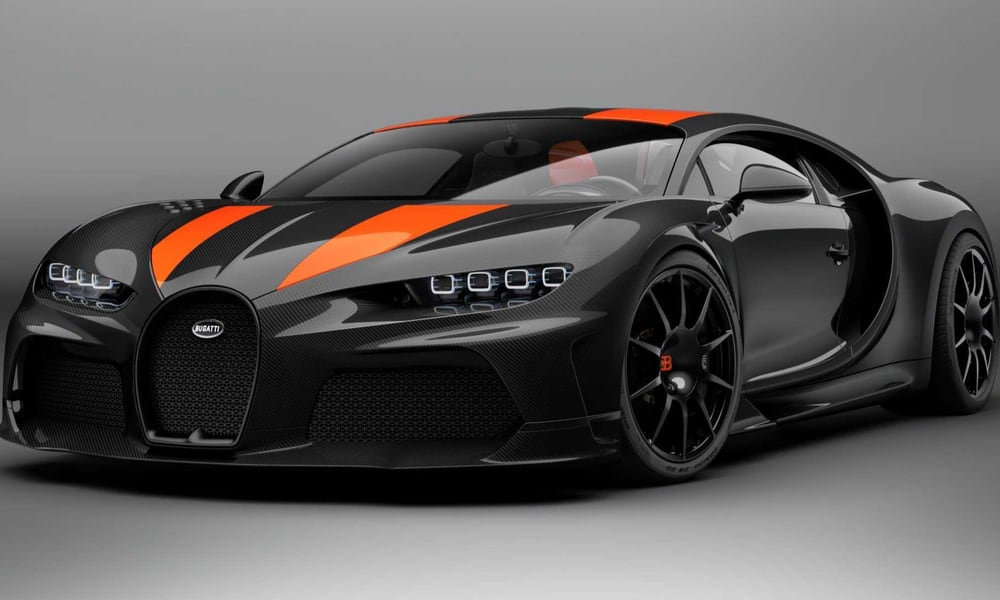 After breaking the speed limit of 300 mph in 2019, Winkelmann, Bugatti president announced that a limited production was coming. The Bugatti Chiron Super Sport has electronically-regulated speed that cannot exceed 273.4 mph. so it’s not about speed or who rules the road but about elegance and uniqueness. 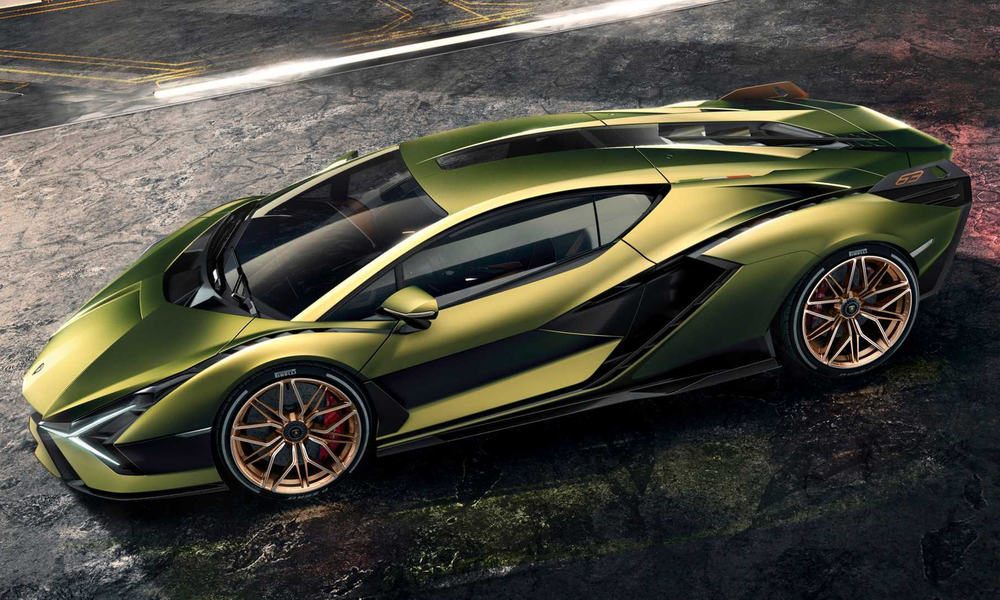 There is nothing ordinary about the Lamborghini Sian with a limited production of 63 units. Like all superfast cars, it relies on engine power of 6.5-liter V12, a 48 volts electric motor, and a speed of 220 mph. These loads of energy link directly to the wheels by a gearbox of seven speeds.

In terms of design, Sian borrowed a lot of ideas from Terzo Millennio. The power and beauty of this Lamborghini draw attention when it passes by. The amazing part is that all the 63 units of this car have been sold, and the company is up to produce more. 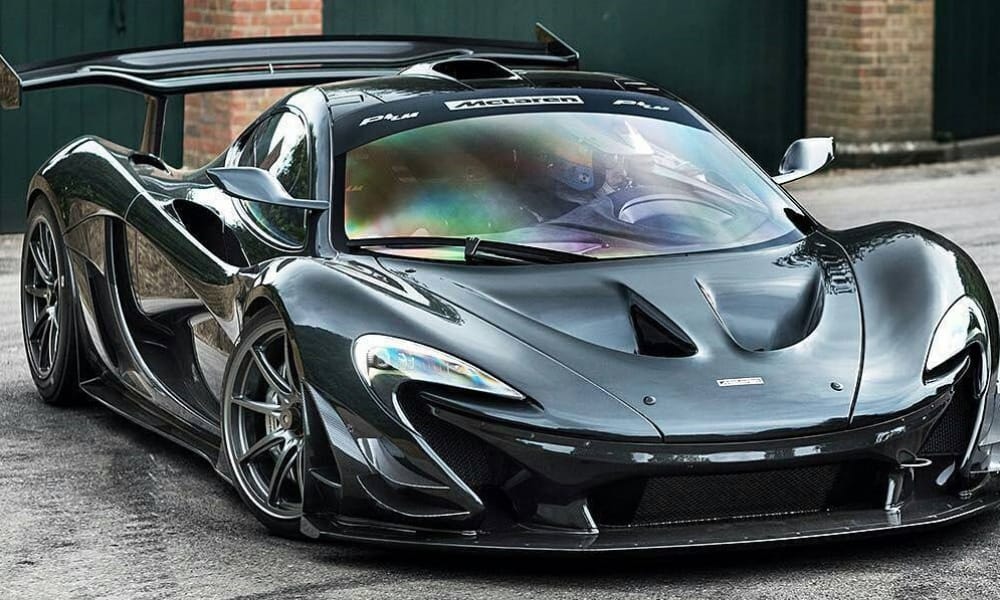 The makers produce only five units of this car, and Kenny Brack drove a black Mclaren at the Festival of Speed in Germany. This fast car is more like a bolder version of the Mclaren GTR and a successor of the previous Mclaren F1.

A British company names Lanzantes bought the original P1 GTR and converted it by removing some parts. The company took away about 132 pounds to make it lighter. The powerful V8 engine and a speed of 214 mph make it faster than both F1 and P1 GTR.

Getting a car isn’t all about movement, only since expensive models came to the stage. There are different versions of brand buyers could choose. Bugatti and Lamborghini products are the best you can have when looking for the most expensive car in the world.

Sometimes, it’s not about the most expensive car in the world price, it’s about comfort and convenience. If these are what you have in mind already, check out these fantastic fast cars and take them for a ride.