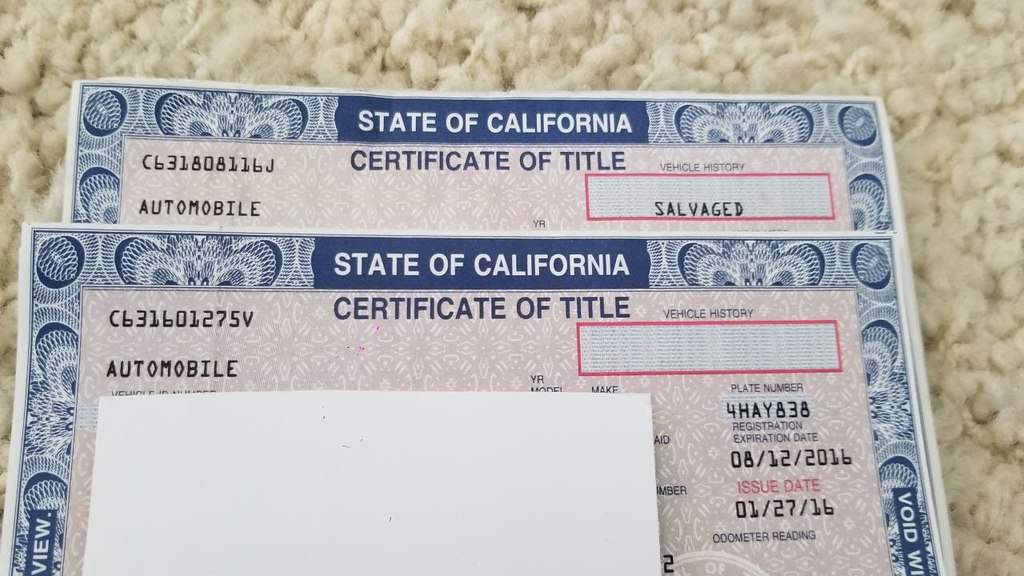 Most times, when shopping for used cars, you come across one with a rebuilt title, and you start to ask yourself what that means. A rebuilt title is different from an ownership or salvage title. It’s completely normal to be skeptical of cars with rebuilt title, but this doesn’t always mean they’re substandard. This guide provides all the information you need to know about rebuilt car title as well as factors to consider before buying a vehicle with one.

What does the term “rebuilt car title” mean?

The term varies from one state to another, but the general meaning is used to refer to a car that has been in a salvaged state but has been returned to roadworthy form. In the sense that, rebuilt titles are issued to vehicles which have been in a damaged state but restored to working order. Before a rebuilt title is issued; the car must be thoroughly inspected for issues before its title is changed from “salvaged” to “rebuilt”.

Most times, cars with rebuilt titles may have been damaged such that the frame of the vehicle is broken or bent from a crash. When such vehicles are issued salvage titles, they’re usually sold to someone (such as an automobile repairer) who may choose to repair the vehicle or remove some of its parts and attach it to other vehicles.

Difference between Rebuilt and Salvaged Titles 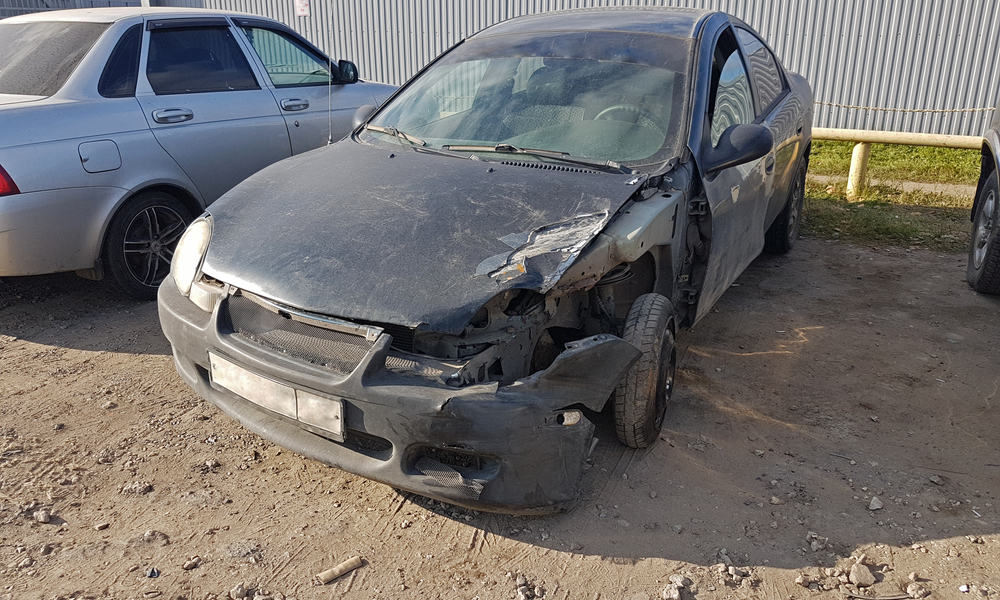 When asked “What’s a Rebuilt Car Title” most car owners tend to think it’s the same as a salvage title, but both terms are entirely different. As earlier mentioned, a rebuilt car title is issued to a vehicle that has a salvage title but restored to roadworthy conditions. Salvaged titles are issued to vehicles which have been damaged in a road crash, accident or environmental disasters like flood or fire. These cars are damaged beyond repair and un-worthy of being covered by an insurance company.

This guide shows you how to tell if a car has a rebuilt title.

Why You Should Care Before Buying Cars That Have Been Rebuilt

When people ask what a rebuilt car title is, they’re trying to confirm if the title is not issued to junks. When buying a used car, you want to be sure all its components are functioning properly; hence the title “Rebuilt” sends a negative message to prospective buyers.

Most times, even when a car is transformed from salvaged to a workable state, there are bound to be hidden issues that might reduce its functionality. Sometimes, the damages might be severe, like in the case of a broken frame that the engine might be affected.

Besides, you don’t expect rebuilt cars to possess all its original components. Some of its parts might have been replaced. However, when a car has a rebuilt title issued by a government agency, it’s a sign that the car is in workable order, but this does not in any way mean the car is at its best.

Despite these factors, some dealers still sell rebuilt cars illegally, and they mostly go for a low price. Thereby tempting buyers to take a risk.

Factors to Consider Before Buying Cars with Rebuilt Title

1. The Extent of Damages

A smart buyer would want to know the extent of the damage on a rebuilt car before buying. You can get the answer to this question by ordering a report from either Carfax or the DMV of your state.

Watch this video to know how to get Autocheck report for free.

2. Was The Frame Damaged? 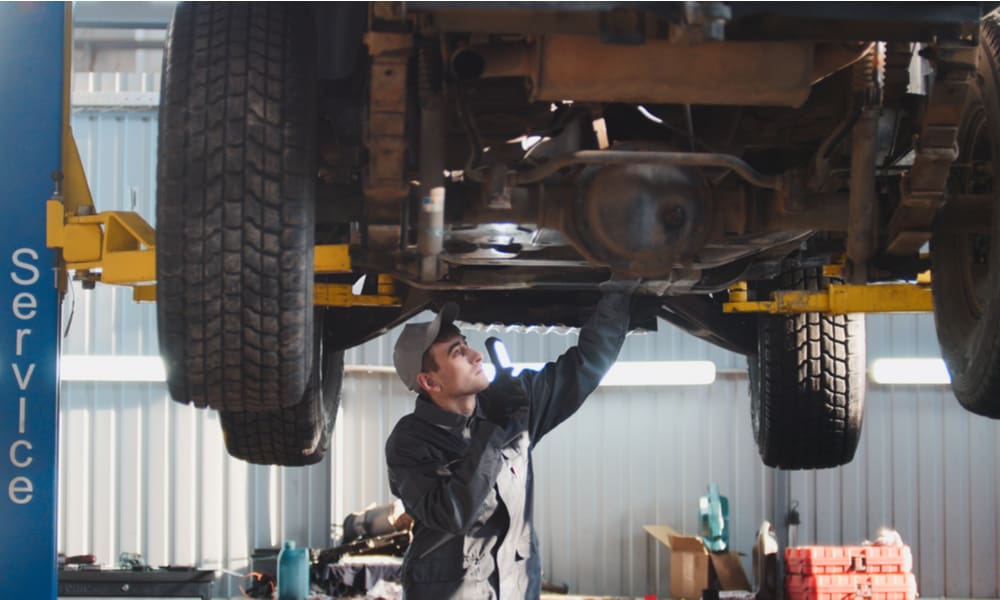 Naturally, buyers will be discouraged to buy cars whose frame has been damaged from auto-crash. However, there are cases when it can still be aligned. If the frame of the rebuilt car wasn’t aligned properly, it could cause wear and strain of key components such as brakes, tires and even wheel. It can also fail to protect the passengers in cases of severe crash.

3. Where repair was carried out

It’s also important to know where the repair was carried out. If any part was replaced, you want to know if the replacement is up to standard and that it complies with the company’s specifications. This is important because some shops might use low-cost items for replacement putting occupants at risk when driving.

4. Is the Vehicle Insurable?

Most insurance companies won’t cover the risk for a car in salvage state. This is because if such a vehicle gets damaged, the cost of repair will be extremely high. It’s normal to see insurance companies refusing to offer full coverage on cars with rebuilt titles. To save you the stress, you must inform your insurance company beforehand to know if they will be able to cover the vehicle.

5. Test Drive to Ensure It’s In A Workable State

It’s difficult to take most sellers for their words when it comes to buying cars for a rebuilt title. There’s no way to certify whether the vehicle has been appropriately rebuilt without carrying out your investigation. To save you from the hands of dubious sellers, always have a rebuilt car extensively tested by a certified mechanic.

Skipping this step puts you at risk of spending more on repairing in the long run, after all, such cars are hardly backed by a money-back guarantee.

6. Should You Buy Cars with Rebuilt Title

At first, going for a car with such a tag seems like a no-brainer. There’s no guarantee that the car has been properly built with the right components and neither are you confident of its capability. However, there are times where rebuilt cars can provide real value, especially if it’s rebuilt at a trusted automobile shop.

Secondly, rebuilt cars are sold at a lower price than new ones, but this doesn’t in any way mean all possible loop-holes should be ignored.

As earlier mentioned, cars with rebuilt title go for far less than new ones if you’re buying it but become a headache if you’re trying to sell it off. This is because buyers are naturally repulsive to vehicles with “rebuilt” titles and have the belief that they’re more or less junk. Would you risk buying a rebuilt car? Share your thought in the comment session.